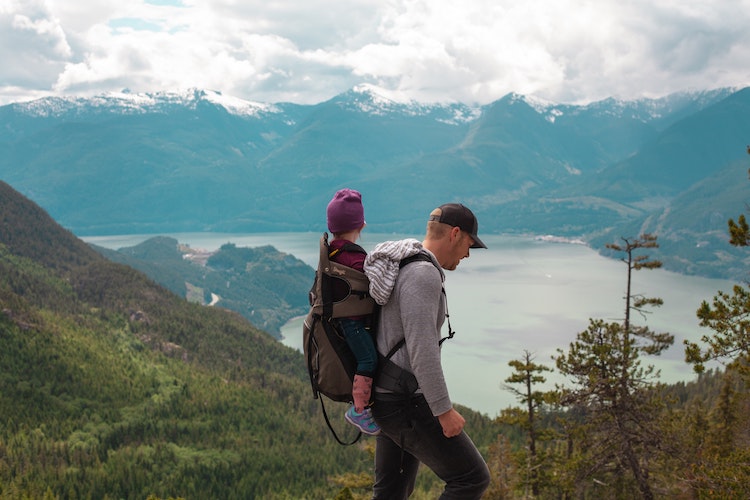 After 12 years of being told what to do, Aaron Byers realized he finally had a say in his own life.

Given the chance to take a year off before going to college, Byers sold his car, scrounged up as much money as possible, and followed his childhood dream to surf in Australia.

Surfing was always a passion but his attraction to Australia began prior to high school after a chance meeting between his mom and a young woman from the Land Down Under.

An Interest In Adventure

My mom met this young girl on a red-eye from San Francisco to New Jersey, Byers recalls.

She had a sister my age who had an interest in the American lifestyle.

So they exchanged information. This is way before email and texting.

So we wrote for four years while in high school.

Her stories opened my eyes to another part of the world that I had only dreamed about.

Byers returned home after a year.

He wanted to fulfill his promise to his mom that he would get a degree but would immediately go back to traveling after graduation.

After earning a BS in international marketing and advertising, he did a year exchange program in Brisbane, Australia.

Byers interned with the International Tourism, Race and Sport committee in Australia and worked at a local surf shop.

He doesn’t recall sleeping much that summer.

After backpacking Europe for a couple of years, Byers found work crewing on mega yachts that traveled around California and Mexico and reconnected with a love of Mexican cuisine that began during childhood.

The first time I was outside of United States was when I was like 8 while visiting my Uncle John in Southern California.

He would take us on trips across the border to Tijuana to these little hole-in-the-wall taquerias, markets, and squares. Each had a different language and an amazing colorful culture.

“It was there that I had my first real Al pastor taco. Con todo por favor!  That means with everything. Cilantro, onions and homemade guacamole and hot sauce. They are about the size of a silver dollar and I could eat like ten at a time.”

Baja became a seasonal hub during his nine years working the yachts.

For years, Byers and his brother, Jay, would talk about following their dream of opening a surf shack on the beach to sell tacos all day and surf the rest of the time.

An Adventure For ‘Bizness’

After almost a decade of yachting around the world, I was ready for a change. California was my first choice, but I was much more connected and familiar at this point and time with Florida.

So I said screw it, I’m bringing delicious tacos to South Florida.

In his time owning Nacho Bizness, Byers was scouted by Chopped star and renowned chef Aaron Sanchez and filmed with him for his cross-country TV show Taco Trip.

He was invited by The Cooking Channel to be showcased at the South Beach Wine & Food Festival.

He catered at Lil’ Waynes skate park in Miami with Swiss Beats and Alicia Keys, did private catering backstage for country star Jason Aldean and him and his truck were an extra in a Todd Phillips movie – but it ended up being cut.

While the business was fun, the endless days and nights of selling tacos for 12 hours straight never ended.

So Byers sold the truck and took the money to pursue his true passion – travel.

Before embarking on his latest life adventure, I asked Byers for tips on taking more risks.

More specifically, how do I encourage my kids to explore worlds beyond their backyard?

How TeachKids To Have A Passion For Adventure

Next chapter in the book. Heading to Malta to join a boat sailing through Greece and Turkey for the summer.

Encourage Connections With Kids From Other Countries

Doing a semester abroad, taking a gap year or having a pen pal.

My pen pal from Australia was instrumental in my passion to see the world.

I started writing her letters and sending pictures.

I would wait at the mailbox every few weeks hoping that she had written.

She would tell me all about Oz and I will tell her about the US and it opened my eyes to this unknown amazing country on the other side of the globe full of beautiful women, surfing, deadly animals and adventure around every corner.

I had to see with my own eyes.

Teach Them To Be More Mindful

Something that I found in my early 20s that has helped me focus and to be more centered and clear-minded is practicing yoga and meditation.

I find a lot of my unanswered questions when I’m “Zenned out” with a clear mind.

My fears, insecurities, and doubts melt away when I practice mindfulness. Everything seems to fall into place when I connect and listen to my body and spirit.

Meditation and mindfulness should be taught in all schools.

Most importantly, if the kids have the urge to do something….let them do it!

After high school graduation, I manifested that I would be going to Australia.

All I needed was a plane ticket, some money, and board shorts.

While my friends were going out and spending money, I was eating pb&j sandwiches and trying not to spend a dime.

Eyes on the prize.

It was the best decision of my life.

The same goes for parents.

Don’t wish you could do it, or make excuses why you can’t do it, just do it.

Set your mind to it and make it happen, its a lot easier than you think.

Get your kids involved in all kinds of sports, clubs or committees where they can be around other kids while having fun. I played for 3 different soccer clubs every year for 12 years.

When your kids express interest in anything, no matter what it is, have them stick to it.

Don’t force them to do the other shit that bores them.

It Starts With You

Be adventurous yourself as a parent.

The thing that really influenced me was my dad always renting a house in LBI or a house in Vermont or on a Friday just jump in the car and go driving somewhere and see where you end up.

My dad used to pick us up early from school on Friday and drive straight to Killington VT. Cheese and wine tours and then dancing at the Pickle Barrell until midnight.

We would be doing last runs Sunday afternoon at 2 pm then ski to the car and drive six hours back home while doing our homework.

Smashing through the homework because we just had the most epic weekend.

I’d be rocking into school with raccoon eyes and a giant smile.

So where’s Byers now? After selling the truck, he’s been to nine more countries.

Ive been to over 65 countries. Thailand, Vietnam, Malaysia, Indonesia, Tokyo, Spain, France, Mexico and Columbia since handing over my truck. Oh, how I wish I would have paid more attention in high school Spanish classes!”

He’s currently being paid to captain a million-dollar yacht through Malta, Turkey, and Greece and capturing it all on his Instagram account.