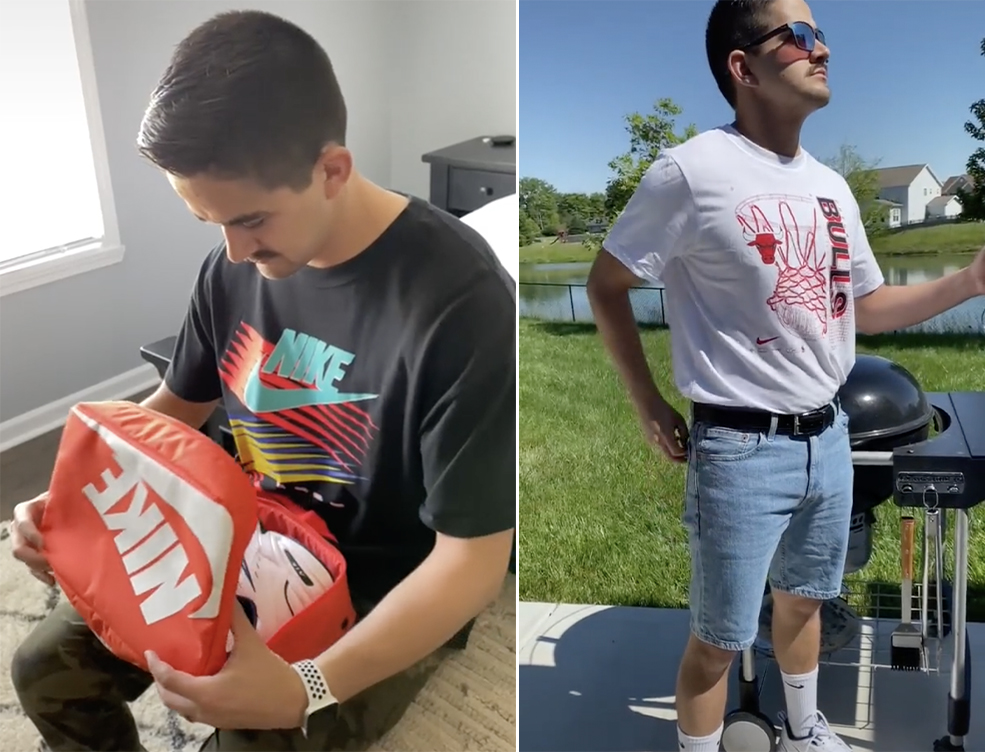 When the ex-wife was pregnant, we didn’t do a fun baby announcement for either kid, which seems odd looking back now because we’re both funny and creative.

I would have been open to the idea and I’m sure she would have played along if she liked the idea.

Her husband, obviously already prepping for the baby’s arrival, takes care of the rest of the future father uniform by putting on the white socks, jean shorts, outdated sports T-shirt, and manning the grill for no reason.

I’ve never been the typical “dress like a dad” guy. Sure, I probably wear some shirts and shorts that I wouldn’t be caught dead in ten or fifteen years ago but I try to stay up-to-date with styles as much as possible.

There are some dads, however, who make no bones about wearing the typical dad uniform. Those guys are also quick to point out Rachel’s error in judgment so early in the parenting game.

“Do not try to spice things up!” said one commenter. “It’s New Balance or nothing!”

While I’m not well versed in dad style, even I know that New Balance is the official shoe of casual dads everywhere.