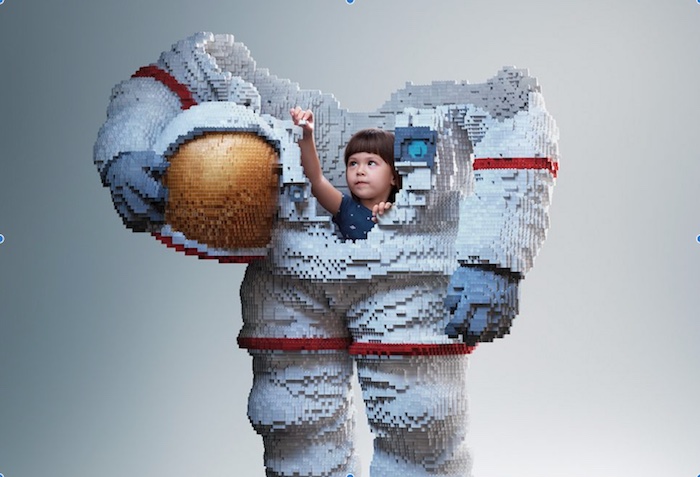 In case you missed my affection and adoration for LEGO, it runs deep.

Deeper than the gashes in the bottom of my feet from stepping on the little bricks in the middle of the night.

I’m not only a huge fan of the bricks, I’m a fan of the way the toys are marketed to kids.

Remember this ad aimed at little girls back in the 1980s?

They’re lasted ads, created by the firm Ogilvy, might be my absolute favorite.

“LEGOs ultimate purpose is to inspire and develop children to think creatively and release their potential to shape their own future.

High-quality play enriches a child’s life and lays a strong foundation for adult life. To communicate the brand belief, we created this ad series to visualize the idea to consumers.

We utilize the visual of a kid building with Lego bricks in the shape of his or her dream career. The Lego bricks that are being built symbolize the kid’s development, which gradually grows bigger and closer to their dream future.” — Ogilvy vice-chairman Nopadol Srikieatikajohn

The ads have already won three silver Lions and one bronze at the Cannes festival in June AND they’ve been featured on this website which is way bigger than Cannes.

LEGO EXECUTIVE #1: “Did you see how many awards our new campaign won at Cannes?”

LEGO EXECUTIVE #2: “No, but did you see that a stay-at-home dad from New Jersey with constantly bloody heels who loves it?!?”

OTHER LEGO STUFF JUST AS AWESOME AS THESE LEGO ADS

This Complete LEGO Breakfast Is Making Me Hungry As Hell