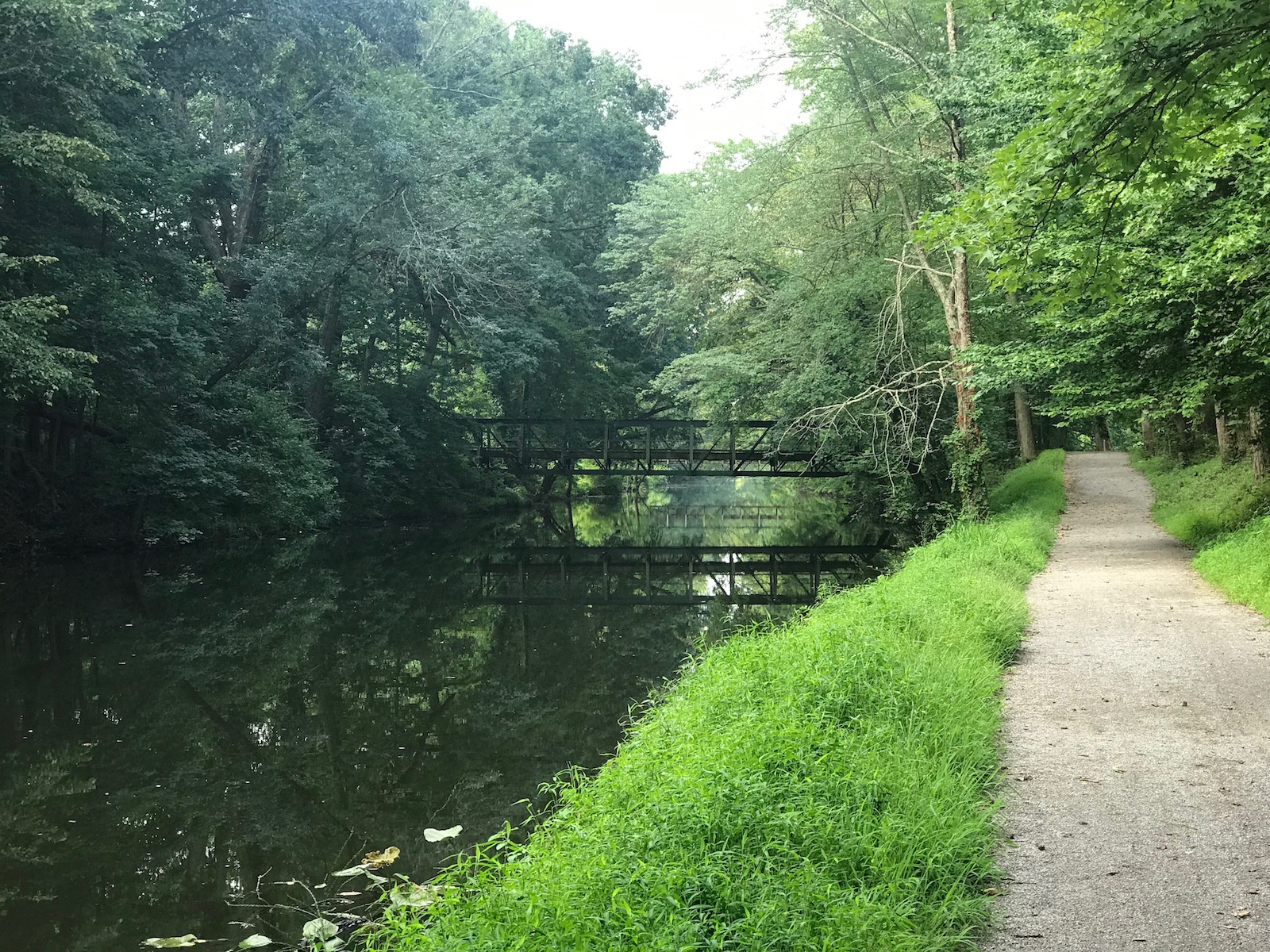 The second habit leads to feeling the first, at least it did the first time I gave it a try.

I’m on the canal, getting ready to run, messing with my phone to pick a Spotify station and start my running app. Subconsciously taking my time in the early morning humidity and overwhelming feeling to just take a morning walk instead.

A runner streaks by, a little too close for such a wide running lane, and something about his gate, his proximity, and mere presence pissed me off.

I took off after him. Not to chase him down and scare him. I imagined embarrassing him in a much different way.

I would outrun him.

In my mind, I saw my body breeze past his slight frame, leaving him to ingest the kicked up dust and passive-aggressive greeting of “great day for a run!”

It didn’t happen, though not for lack of trying.

The son of a bitch is effortlessly fast.

I trail him, remaining at least sixty yards behind, for the first mile.

The run isn’t about his perceived slight against me anymore.

I’m maintaining an aggressive pace, but he seems to be pulling away. I bring my pace to a sprint to make up the distance. He’s pulling away.

I wonder if he realizes I’m in pursuit and he’s either worried I’ll pass him or punch him in the mush.

A report in the Academy of Management Journal concluded that three factors create a rivalry: similarity, repeated competition, and competitiveness.

The study explains that “once a rivalry has been established, both parties are more motivated to win, pushing themselves to try harder.”

The study fails to mention one-sided rivalries like my mission this morning, but choosing a target much better than me is motivating me to run at an uncomfortable but exhilarating pace.

“What the hell are you doing? He’s obviously a seasoned runner. Possibly a former Division I athlete. He might be training for the Olympics or just four Red Bulls deep at 8am.”

My concentration turns towards maintaining the current speed.

I resist the urge to look check the running app, knowing it will slow me down.

My mind reflects on all the runners, walkers and naturists I passed in my pursuit. Did I get too close? Am I being chased?

I turn to find not a soul in my rearview.

Just a tenth of a mile to go.

The pace car is long gone, most likely on his way to Tokyo in 2020.

If he’s here again next week, I’ll be ready and waiting to run just far enough behind so he doesn’t think I’m insane.