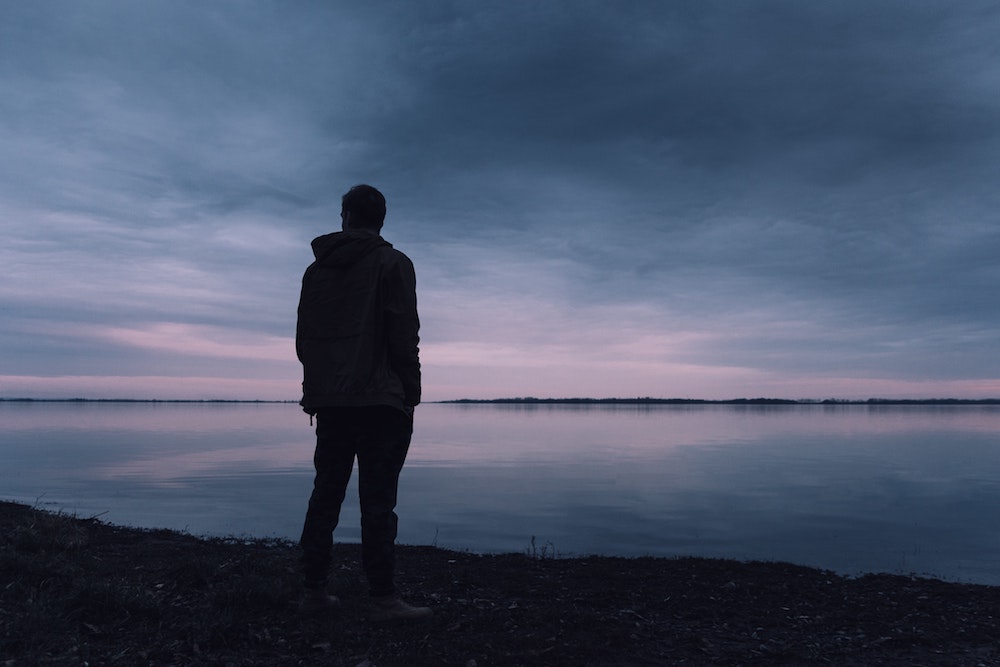 Getting separated and divorced is hard. It’s harder when I’m forced to field these questions.

There’s never a good time to tell people that your marriage is over.

But, since my separation, I’ve mastered the perfect way to tell people I’m now a single father: I don’t.

I don’t share the information unless specifically asked “how’s the family?” and even in those instances, I keep the explanations brief.

I’ve adopted this approach after months of fielding odd, awful, incredibly intrusive, and sometimes just flat out dumb questions about my separation.

While I understand discussing the end of a marriage is awkward for some people, there’s a right and wrong way to address the situation. In my experience, here are some questions that should never come out of your mouth when talking to a newly separated or divorced dad.

Go to a movie theater today. Wait by the exit doors where people file out into the parking lot.

Ask the first person you see, “What movie did you see and tell me about every single minute from beginning to end?” and take notice of the looks you’ll get from strangers.

The answer to this open-ended question is so complicated it would likely take hours to answer, and by this point, every separated dad is tired of talking about the situation. Especially right in front of the frozen foods.

My estranged wife and I talked for over a year about splitting up.

After deciding it was for the best, we made plans on how to tell the kids, split costs, bills, and assets, arrange a visitation schedule and found a place for me to live.
In none of these situations did I feel at all lucky. Frankly, they all sucked, even though I knew the end result was best for the entire family.

Calling a separated dad “lucky” because of his current situation is a way of minimizing a painful life change. While the person thinks they’re helping, minimizing the situation makes matters worse.

“It can be really uncomfortable to see a friend hurting,” explains Dr. Holly Parker, a psychologist and author who specializes in relationship issues.

“It’s natural to want to help take their pain away. But sometimes this has the unintended consequence of leaving someone feeling like they don’t have a right to feel the way they do, which can increase their stress.”

“How’s your ex-wife taking the split?”

Of all the odd questions tossed my way as a single and newly separated dad, inquiries about my ex’s life are always the most baffling. I don’t know how she’s taking the breakup or anything about her life beyond the occasional small talk during drop-offs or conversations about the kids. Nor should I give a crap.

“It isn’t a good idea to ask about someone’s ex,” Dr. Parker admits, “and especially asking if she’s dating anyone. People who are trying to offer support should keep the focus on the man they’re talking to, not on his ex.”

If you’re interested in how the ex is doing, feel free to go ahead and ask her yourself.

Maybe I’m going out every night. Perhaps I’m killing it on Tinder. There’s also a chance I’m dating a fantastic woman, and am incredibly happy.

Asking a separated dad about his love life is intruding, especially if the only reason for the line of questioning is to gather intel, spread gossip, or because your own relationship is mundane or nonexistent.

If the question is raised in a way that focuses on what he’s experiencing, that’s fine — e.g., “Are you feeling like you might want to start dating again, or is it hard to even imagine that right now?”

However, it’s inappropriate to ask about his dating life unless he brings it up.

Sometimes friends and family share their own worries about what could happen, and this can also increase the strain of an already challenging situation. This is called catastrophizing.

“The opposite of minimizing,” adds Dr. Parker, “catastrophizing is another common reaction where well-meaning friends share their own worries about what could happen to a person in this new life role and increase the strain of an already challenging situation.”

At this point in life, I’ve learned never to say never and thinking that far into the future is a pointless endeavor but don’t assume a separated father won’t marry again, just because it didn’t work out the first time.

Don’t expect the next relationship will go south just because this one didn’t work or hypothesizing that this experience has soured a person’s feelings about relationships forever.

The ex and I realize we aren’t the norm.⁣ ⁣ We know that other divorced couples are different because we hear the stories. ⁣ ⁣ More than stories, we get the comments. People say “you and your ex get along? That’s weird.” or “Every divorced couple I know hates one another.” ⁣ ⁣ We’re considered weird because we don’t hate one another, use the kids against one another, fight over the same issues that sprung up in our marriage, talk badly about one another in front of the kids or other people, or do the things divorced couples. ⁣ ⁣ When people ask how it’s possible to remain after splitting, the answer is usually the same. ⁣ ⁣ “We just got over shit.” ⁣ ⁣ That’s really it. Maybe neither of us forgot, but both of us forgave.⁣ ⁣ It took time. It took work. It took remembering all the things we like about one another. ⁣ ⁣ We’re far from perfect. We still have disagreements. We still argue from time to time. It’s usually about the kids. ⁣ ⁣ We get over it pretty quick because we understand we’re standing our ground in an attempt to do what we feel is best for our kids. ⁣ ⁣ I realize in some cases getting along with a former spouse just isn’t possible. One or both individuals are impossible to deal with day in and day out. ⁣ ⁣ He or she is willing to have the exact same fights, make the same awful, hurtful comments, and continue to make the other person’s life a living hell. ⁣ ⁣ These reactions are done typically out of pain, spite, retribution, and ultimately heartbreak.⁣ ⁣ In some instances, a person is just a straight-up asshole. ⁣ ⁣ As the expression goes, “some people just want to see the world burn.” ⁣ ⁣ Whatever the situation, if you’re stuck co-parenting with a person intent on watching the world burn, try to be the bucket of water that keeps the flame from spreading. ⁣ ⁣ Don’t take the bait.⁣ ⁣ Be the bigger person. ⁣ ⁣ Turn the other cheek. ⁣ ⁣ You’ll never change who they are, but you can change the way you react. ⁣ ⁣ Be the bucket. ⁣ ⁣ —⁣ ⁣ #coparenting #singledad #singlemom #divorceddad #family #parenting #lifewithkids⁣⁣⁣⁣⁣⁣⁣⁣⁣ #parentinglife #fatherhood #notes #messagewithabottle #fathersofinstagram⁣

“It’s a shame you couldn’t work it out.”

No one looks at an old car that’s days away from breaking down, one that’s been fixed hundreds of times, and comments “it’s a shame you can’t make it last forever.”

Why? Because some things just stay broken.

“My marriage isn’t so great either.”

Opening up to a separated person about all the cracks in your own marriage doesn’t do either person any good.

Frankly, he doesn’t give a crap. I’m sure on some level he’s sorry to hear that it’s not going well but only because he’s gone through this ordeal himself.

A separated dad isn’t your sounding board. He’s not there to extoll advice on how to fix your own issues or give clues to the warning signs that the marriage is ready to crumble. He’s working on his personal problems, he doesn’t need more to weigh him down.

With all these rules about what not to say to a separated dad, choosing not to say anything at all or pretending the elephant isn’t over in the corner, waving, just might be the worst reaction.

“Often, well-intentioned friends and loved ones hesitate to say anything about a major loss or stressful change concerned that they might cause the person to think about it and feel more upset,” explains Dr. Parker. “The truth is that they’re probably thinking about it already.”

Asking a single dad “Hey, how are you handling everything?” won’t guarantee that he’ll talk about it, but at least it opens the door to a conversation and assures him that he’s not alone and he can speak openly about the situation.

So, What Should You Say to a Recently Separated or Divorced Guy?

It’s simple, direct and the ball is in his court on where to go from that moment: “I heard about your marriage ending, and if you want to talk about it, I’m here.”

Thanks, we appreciate that.

This article originally appeared on Fatherly.com.