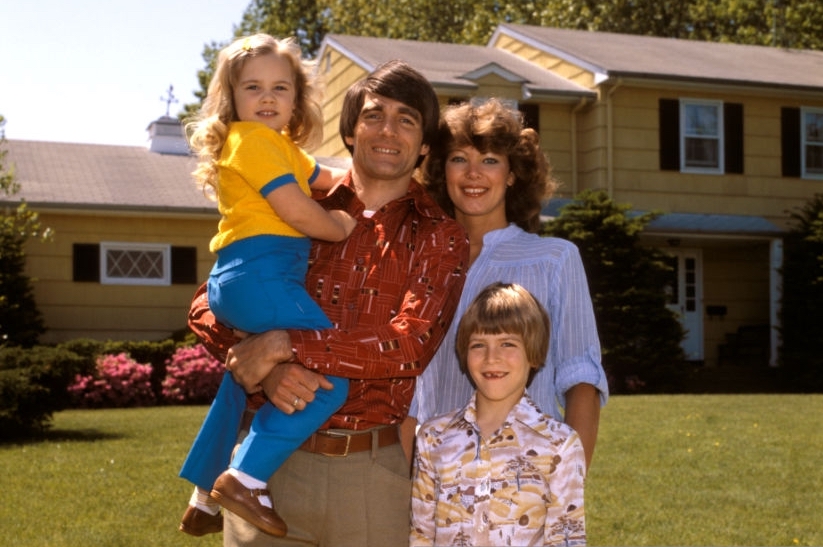 I often hear parents from older generations marvel at the tools we younger mothers and fathers have: the battery-operated swings, the iPads, the bottle warmers, and the terrifying Bumbos.

“What will they think of next?” they say. If only I had things like that when I was a mother.

In truth, I think my parents had it better.

I’m not alone in that sentiment.

In her piece, What Would My Mom Do (Drink Tab and Lock Us Outside), author Jen Hatmaker marvels at a world in which her mother would usher her and her siblings out the door and expect them to find all-day, unsupervised entertainment outdoors.

I recently heard one of my writing heroes, Dave Barry, discuss how happy his parents were because they didn’t hover over their children every waking moment.

Mr. Barry said it was the Depression-era parents who did it best because they prioritized their own happiness.

He said his generation my mother’s generation is responsible for starting the phenomenon known as helicopter parenting.

I’ll see him a helicopter parent and raise him the helicopter society that parents in my generation have come to know.

The problem isn’t that younger parents DONT want our children to have childhoods like we did; its that in many ways, we CAN’T let them have those childhoods.

Why We Can’t Parent The Way Our Parents Did

Because peanut butter has been outlawed.

I’m told this changes as my children get older, but for now, I have to get a little more creative than the standard PB&J my mother packed for us every day.

Not only am I searching for peanut butter substitutes that don’t taste like feet (looking at you, SunButter), but I’m competing with the social media barrage of picture-perfect school lunches filled with stuff my kids would never eat, like red peppers and hummus.

I mean, whatever, I get it that some kids will die if they are exposed to peanut butter.

My point is that my mom could shut her eyes, grab whatever her already-full hands could hold, shove it in a paper bag, and send us out the door.

I have to scrutinize every element to make sure its nut-free and pack it in an eco-friendly container because HEAVEN FORBID I would be so wasteful as to use paper bags.

Because you can’t leave your kids in the car.

I mean that I cant run in to pay for gas and leave my kids strapped safely into a locked vehicle.

If I do, some agents from Social Services will be at my home and I’ll either lose my kids or have to commit umpteen hours of community service.

Because, actually, kids aren’t allowed to be anywhere alone.

An unsupervised brother and sister walked from their home to a nearby park in Silver Spring, Maryland, and someone called the police on the parents.

I was rollerblading all over my neighborhood when I was that age and you better believe my mother wasn’t skating along behind me.

Because we are constantly reminded of the terrible things that will happen to our children.

We are reminded of these things on the news, on our social media feeds, and at playdates.

I asked my mother how she dealt with the onslaught of worries, and she said, “We didn’t have them.”

My mother’s generation had their own share of concerns, of course, but they weren’t faced with them on a daily even hourly basis like we are.

Because we have the Mommy Wars, and those aren’t going anywhere.

My mother told me that if she thought another parent was doing something wrong, she might gossip about it one-on-one with a mommy friend.

However, my generation will outright shame a bad parent on the news or in social media.

My generation posts incessantly about how were doing parenting wrong when we feed our kids non-organic foods, when we don’t care about GMO, when we bottle-feed, when we breastfeed, when we co-sleep and when we sleep alone.

We still have the ability to parent as we wish, but we have to face the judgment and utter vitriol in a much more open way than generations past.

My generation is taking the it takes a village sentiment a little too far. Unfortunately, good intentions mean my children won’t have the freedoms I did.

I can only do the best I can with what I have.

And right now, I have to figure out how to convince my almost-2-year-old that SunButter is delicious.

Kate Meier has two kids and zero tolerance for people who criticize parents for bullshit reasons. Go enjoy her sarcastic sense of humor at her blog, My Kind of Parenting, or here on Facebook.