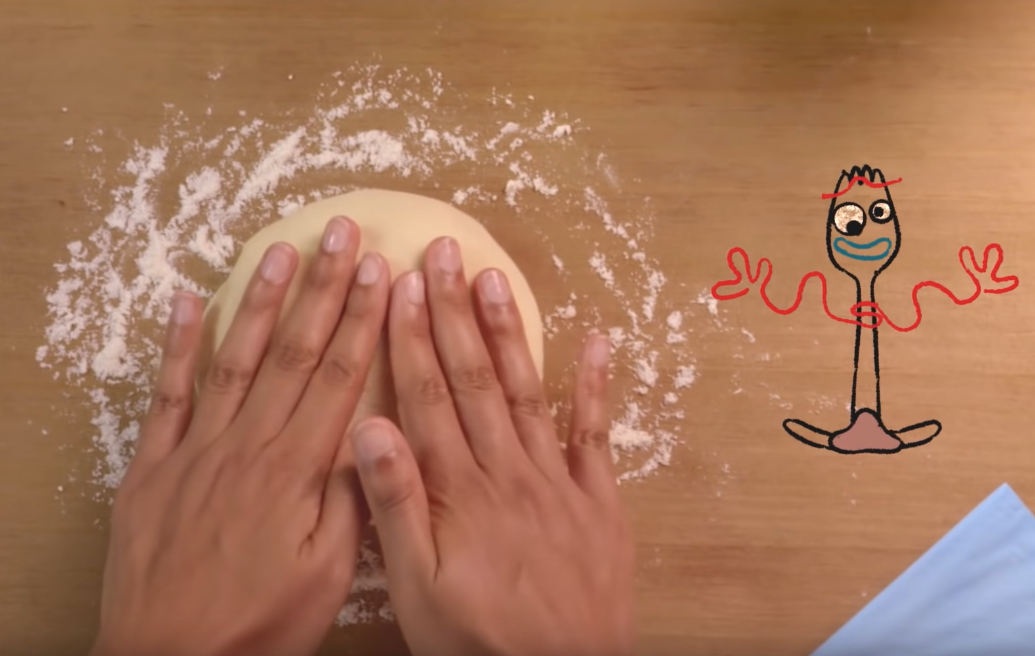 Tired of the kids complaining about “being bored” during self-isolation?

Maybe it’s time the little loafers helped out around the house. Make them start pitching in by cooking dinner the Pixar way.

Pixar has a dedicated a YouTube video series called “Cooking With Pixar” that features step-by-step instructions on how to make the iconic food found in Pixar films.

Here are some of the videos released so far.

Ian and Barley Lightfoot from Onward teach kids how to make a birthday cake like the one featured in the movie complete with pink and white icing and a blue candle.

Chef Forky from Toy Story 4 – and god help us if Forky is actually allowed in a kitchen – recreates a pepperoni pizza from Pizza Planet.

Remy’s Ratatouille with Poached Eggs is another option if you’ve culinary whizzes on your hands.

“Cooking With Pixar” gets updated about once a month with a new recipe.

Maybe the channel should recreate a meal inspired by Up that involves something soft enough for Carl’s teeth.