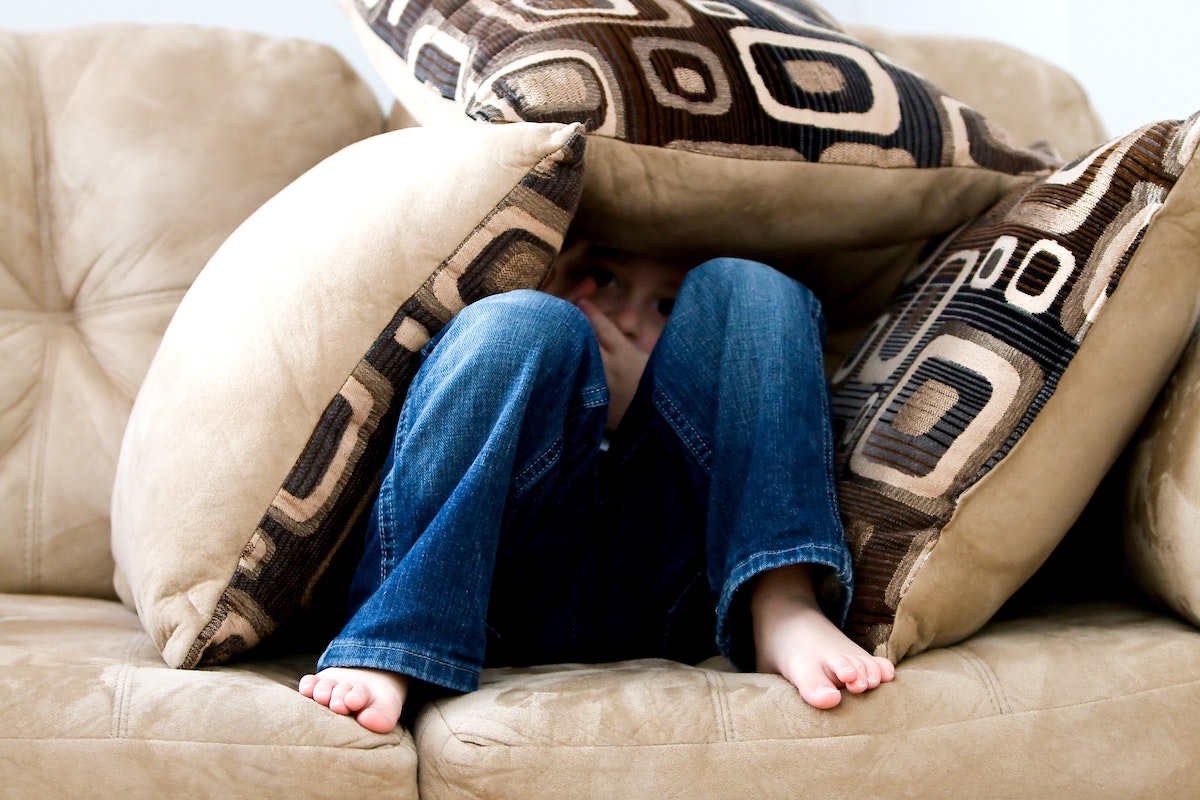 Normally, I’ll skip right over parenting articles about all the ways we’re screwing up our kids because, well, I feel like I’ve already done irreversible damage to them and don’t want to be reminded that I’m eventually going to be the reason for their poor life choices.

Hopefully, I’m doing more good than harm raising them but the headline “6 Psychologically Damaging Things Parents Say To Their Kids Without Realizing It” grabbed my attention.

The “without realizing it” was the real fish hook in my mouth.

“Parents don’t set out to say hurtful or harmful things to their children, but it happens. You’re tired, they’re pushing your buttons, and you’re frustrated after asking them for the 600th time to clear their plates or get out the door on time. You could also be inadvertently repeating things you heard in your own childhood that your parents (and maybe even you) didn’t realize took an emotional toll.”

Me, me, me annnnnddd (points finger overtop head) me. I’ll often catch myself repeating things my parents would say to me, even though I’ve made a conscious effort over the years not to parent the same way or enforce their rules that I don’t actually believe in.

“We parents are trying our best, but sometimes — a lot of times — we fall short. That’s why it can be helpful to know some of the potentially damaging phrases parents often resort to without realizing their impact. It’s not about beating ourselves up. It’s about doing better by being a bit more conscious of our language.”

Well, thank god this isn’t about beating ourselves up, because Lord knows we already take too many invisible punches to the face from our own fists on a daily basis.

Before tackling my issue let’s briefly go over the other five for parents to identify with and feel awful about all day.

3. “You make me sad when you do that.” – This is one I’ve never said, mostly because I don’t get sad, I just get pissed. I probably used the variant, replacing sad with mad, and said something like “you really piss me off when you do that.” So I’m half-guilty.

4. “You should know better.” – This shames or guilts your kid and those are two things you don’t want to do.

6. “You’re a [insert label here].” – This is one thing I go out of my way NOT to do because I feel like it was done to my often as a kid and sometimes an “always” or “never” is attached.

Here’s why labeling kids is bad and the reason I go out of my way NOT to do it.

“Labels also have the potential to become self-fulfilling. If children hear from parents that they’re a certain way, they might come to accept that as true — even if it doesn’t feel true to them.”

Side note – I’m down with labeling kids positive things. For example, my daughter loves to draw, do crafts, paint things around the house, etc. so I often call her an artist.

I’m a firm believer in positive labels but don’t go calling your kids shit that just isn’t true. Don’t tell your kid they’re the best soccer player on the team when he or she is running in the wrong direction for half of the game.

Now, you probably noticed I skipped over #5 on the list.

Obviously, those are the psychologically damaging words I say most frequently and I’m trying to build the drama. I want you on the edge of your seat before revealing how I’m damaging my kid. I want to build the suspense!

“When you’re rushing out the door or waiting for your child to complete a simple task that is seemingly taking forever, your instinct might be to just take over. But try to avoid doing that if you can.

“You’re telling your child, ‘You’re not capable of this, so I need to get involved.’ This is both discouraging and really frustrating,” explains Amy McCready, a parenting educator and founder of Positive Parenting Solutions. “Imagine if you were super close to being able to do your own zipper and just needed a few more tries, but then Dad swoops in and stops you in your tracks.”

Ugh. All the time.

I constantly pull the “let me do it” for two reasons.

First, I’m always in a rush, even if there is no rush.

I constantly feel like a clock is ticking over my head and I need to be someplace at a certain time even when I don’t have to be anywhere. I can’t explain this feeling or where it comes from.

I feel perpetually late for life even though I never show up late anywhere.

On some occasions – and those occasions always involve children – I am running late. Kids are human rain delays.

I’m sure if either parent came across this article when I was a kid they would admit the same and hopefully try and change. Maybe not.

Here is McCready’s suggestion on what to do and say instead: “Slow down and give your child the time they need to complete their task. Or at the very least, be clearer about why you have to rush. Say something like, ‘I’ll help you just this once since we’re running so late, but let’s work on this together later!’

Makes sense. I’m going to go a step further and give my own suggestion. If you’re in a rush, you’re not going to stop and think “what am I gonna say that’s going to damage my kid?” Pressure situations aren’t the time for thinking.

My suggestion – and I’m always talking to myself here – is to practice patience when there is no rush.

Instead of getting angry at my kids and saying, “here, give me that dish, you’re not going to put it in the dishwasher correctly,” I’ll take a second and say “here, let me show you how to put that in the dishwasher.”

I’m not going to be successful in displaying patience 100% of the time so I guess I’ll have to be just as patient with myself.

If you want to read the entire article, head over to HuffPost.