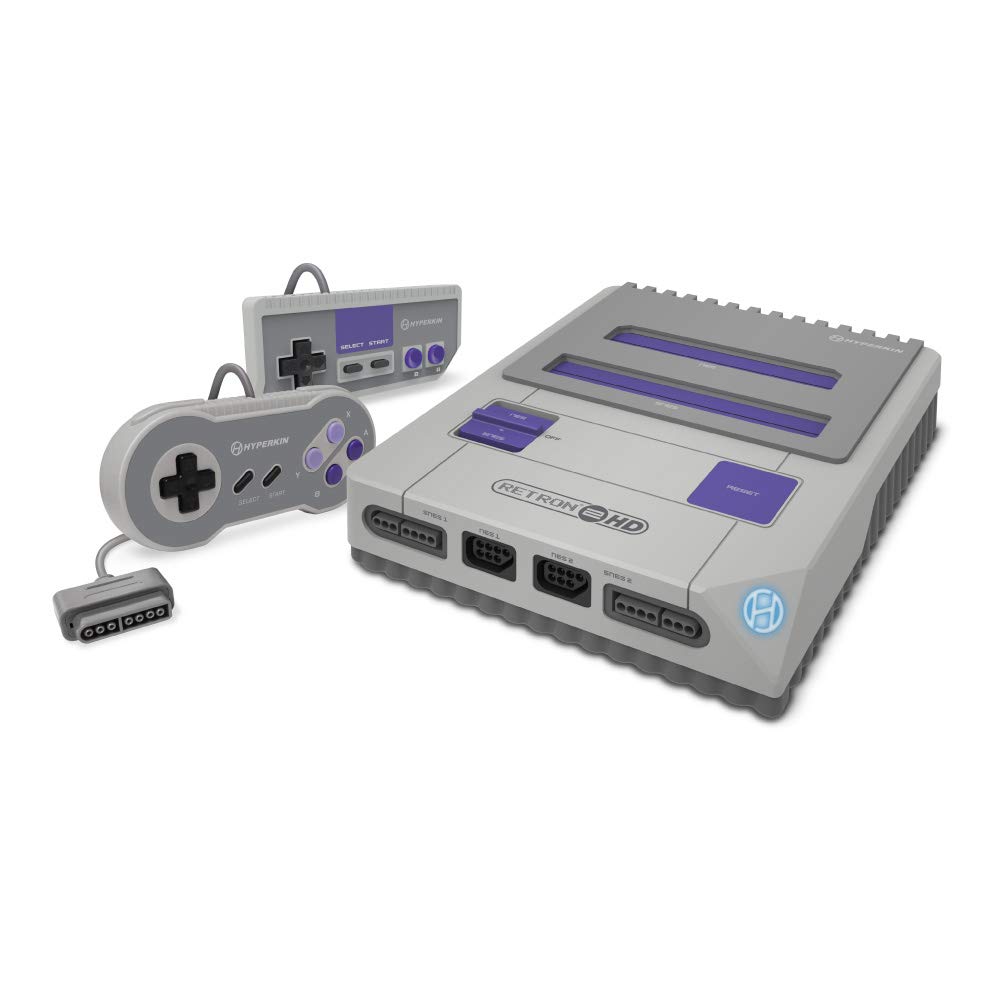 Does dad long for the classic video games of his youth but doesn’t know where the hell his mom put all his old gaming consoles?

Now, dad – and hopefully his kids – can enjoy all the classic titles of the 80s and 90s with RetroN 2 HD Gaming Console from Hyperkin. And he won’t even have to go rummaging through grandma’s attic to make it happen.

Have tons of old school fun on your HDTV with the RetroN 2 HD! This two-in-one console is compatible with NES, Super NES, and Super Famicom (NTSC/PAL) cartridges, in stunning 720p HD.

The RetroN 2 HD Gaming Console from Hyperkin includes a “Cadet” and a “Scout” premium classic-style controller plus a 3-foot HD cable and a 6-foot Micro charge cable.

You can even play via AV with the provided AV cable. The controller ports support two compatible controllers for each console.

The Message With A Bottle team writes about gear that we think you want. Occasionally, these items are part of affiliate partnerships and we make a small percentage of the sales.