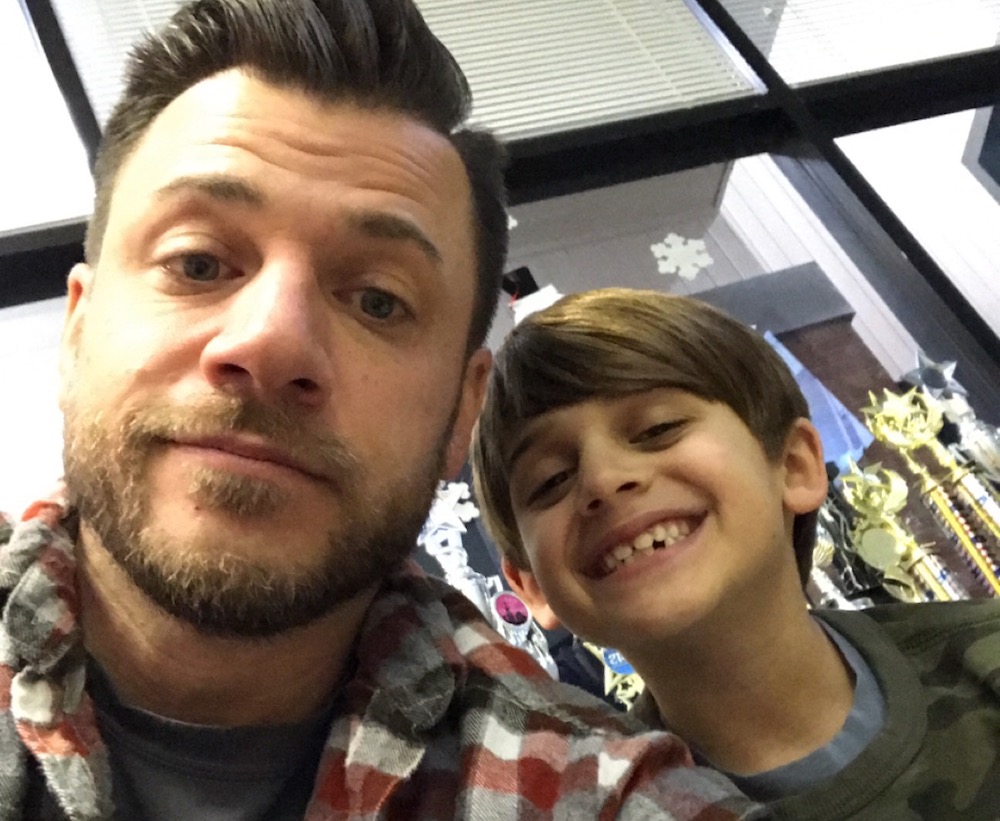 Dr. Michael Reichert author of “How to Raise a Boy: The Power of Connection to Build Good Men” offers seven phrases all fathers need to say to their sons more often.

Even the best father is, at one time or another, guilty of spouting some unhelpful adage or advice to his son.

To tell a crying young boy to stop “acting like a baby” or to fire off a “you’re fine” in place of real compassion.

Such phrases have been said by generations of men to generations of young boys when they cried over broken Lego sets, took a soccer ball to the gut, or did something without giving it much thought.

The advice is, of course, wildly unhelpful.

But it can be a difficult habit to break.

“We’ve been preoccupied with teaching old ideas about masculinity, while ignoring a young man’s basic human needs,” explains Dr. Michael C. Reichert, a psychologist and author of the new book How to Raise a Boy: The Power of Connection to Build Good Men.

In it, he echoes through research how the ideals regarding boys needing to be stoic and “man-like” causes them to shut down, which in turn leads to anger and isolation, as well as disrespectful or even destructive behaviors.

It’s essential, Reichert argues, for parents to demythologize masculinity and raise boys to be, among other things, vulnerable and emotionally aware.

The key to changing the culture lies in how parents, educators, and mentors help boys develop socially and emotionally by offering better advice. Where to start? Here are seven simple phrases all fathers need to tell their sons more often.

To a kid, it’s easy to think that Dad never does anything wrong. A young boy needs to know from an early age that his father has failed twice as many times in hundreds of different ventures.

“The ideal masculine type, and what boys who are raised with flesh-and-blood fathers get to observe is all of the human failings of the man,” Reichert explains. “The way we lose our cool. The way we’re scared. The way we’re in love with our partners.

All that human substance is demythologizing the role. Telling your son ‘You know, I’ve made a shitload of mistakes’ is primarily to demythologize and make masculinity itself more real and acceptable and not some ideal unachievable standard.”

2. “You Have to Make Yourself Happy First Before You Can Make Others Happy.”

A young boy must learn early on that he has to be a little bit selfish, if for no other reason than self-preservation.

“If you don’t know what it is to love yourself, to know yourself, and accept and advocate for yourself, how on Earth are you going to do that for anyone else?”

Reichert states that sacrificing, in a conscious way, is sometimes useful but if that’s the only thing a boy is taught to do — in other words to “take one for the team” — and always at his own expense, then it stops becoming a choice.

It evolves into a default mode, which can lead to many issues in the future.

3. “Was That Really Your Best Effort?”

In moments where you see your son half-assing something, it’s important to call him out to ensure he’s putting forth his best effort. Even more important is how you go about doing so.

“In my research, I’ve found what enabled a boy to do his very best work is a teacher who knows him and holds him to high standards. A man who basically says, ‘That’s not your best, go back and try again,’ and refuses to settle for less. Those are the teachers that boys respect the most. Those are what we call ‘transformative relationships’ because the boy is pulled by the weight of the relationship to accomplish more than he would on his own.”

Reichert asserts that this relationship works whether it’s sports, science, math, or the arts. If a coach, mentor or father is demanding, but loving and fair, a young man will work his ass off for that coach and get more out of him than even he thought possible.

4. “Treat People as You Want to Be Treated.”

Teaching your son to treat people as he would want to be treated doesn’t just work for social interactions. It can be carried over into school and team sports and even instills the idea of loyalty and community in a young man.

“This idea is a real challenge to individualism,” says Reichert. “The whole is greater than the sum of its parts. That Marine mentality of ‘Leave no man behind’ because you would never want to go into battle believing that if you get wounded, you might get left behind. You want to be all for each of you.”

This is more than just a clever phrase found all over Pinterest. It’s a good lesson for boys to learn at a young age. Hurt people do harm — either with words or actions — because they have been hurt.

This, per Reichert, is known as “traumatic reenactment.” A father needs to teach his son that when a person hurts him, it’s just to transfer the pain from being hurt themselves. Understanding why a person might do something hurtful doesn’t make up for the pain, but it does put it in perspective.

A young boy is born with the fundamental assumption that the world is fair and just, and anything that happens to disrupt those ideas is because he did something wrong.

I saw it happen with my own son. One day, for no reason, another kid in his class walked up and punched him in the stomach. While recounting the altercation, my son told the school nurse, “I really must have done something to make him mad.”

“We don’t really have cognitive frameworks for understanding certain behaviors,” says Reichert. “Certain things are incomprehensible. Particularly when we’re young. That’s what’s so difficult about traumatic experiences. We don’t really understand it so our first reaction is ‘well, this must be my fault.’ ”

A father needs to tell his son that whenever something bad happens, it’s not always his fault. There are millions of other factors involved in every action.

My father has never told me that he loves me.

The easiest excuse is that’s just not the way men of his generation speak to other men, specifically their sons.

I’m okay with this fact because I know that he does, it’s been obvious many times in our 42-year relationship.

But the words “I love you” have never been uttered in my direction.

As a result, I feel it’s necessary to say “I love you” to my son whenever the situation warrants it — and sometimes for no reason at all.

My constant “I love you” admissions, I’m sure, will likely lose their impact on my son after a few years.

Reichert, however, urges that it’s more than just about reminding a son that he’s loved.

“Love must be something more than just a sentiment,” he says. “It needs to be substantial. It needs to be based upon what psychologists call atonement. Which is ‘my reptilian brain feels your reptilian brain.’ We are attuned to each other. I’m with you, I understand you, I grasp and know you. That’s when saying ‘I love you’ will feel to the boy like ‘I really know who you are, and I accept who you are as the unique individual you are.’ ”

This article originally appeared on Fatherly.com