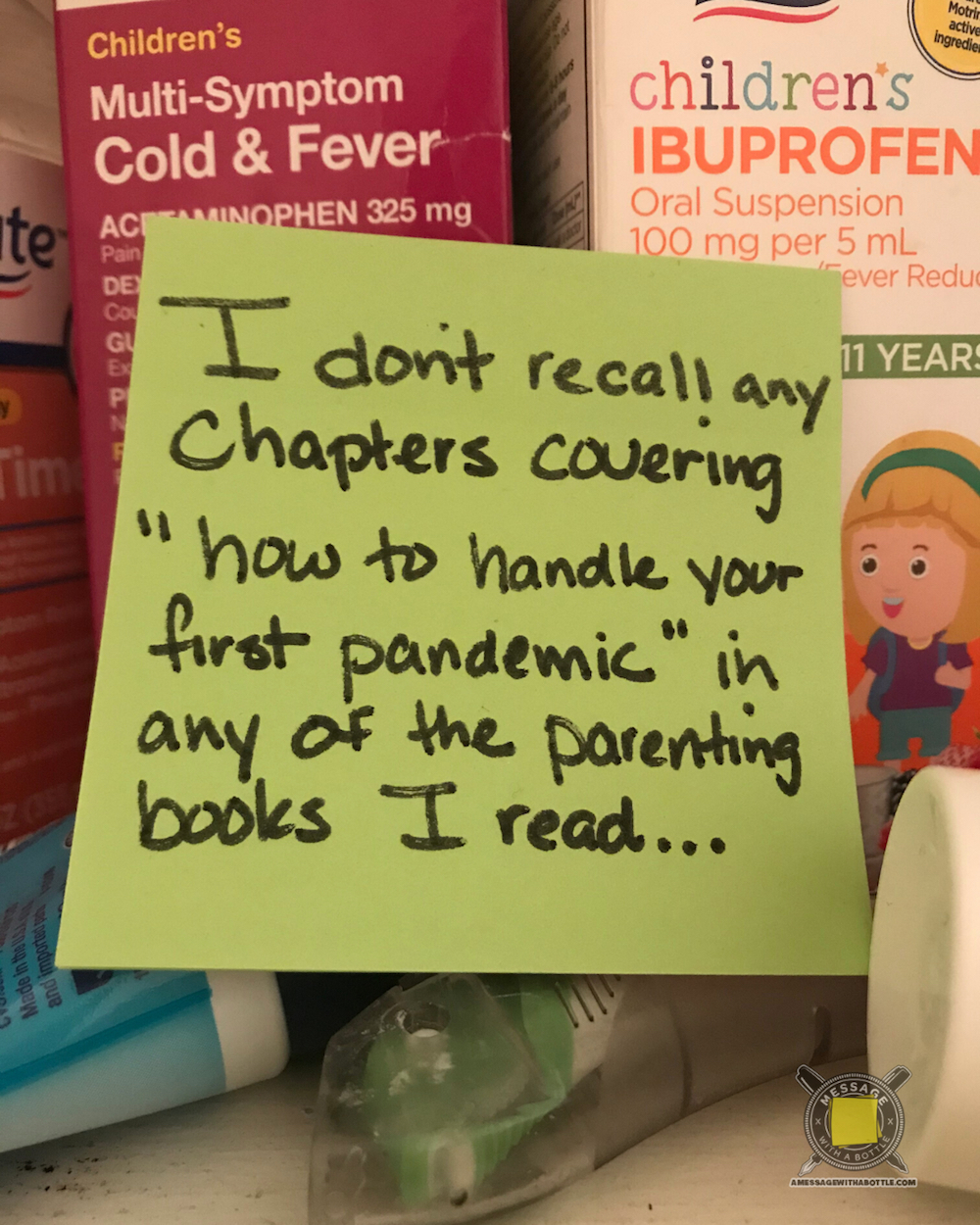 The oldest crouches behind the air conditioning unit, crying over an issue much deeper than the surface complaint.

He’s balling over his sister taking “his swing,” but it’s apparent his troubles run deeper.

He misses school and friends and his teacher.

He’s also scared because he’s old enough to realize something big is going on in the world but not mature enough to thoroughly understand the weight of the situation.

His sister is swinging as high as her legs can pump and doesn’t give a shit about global pandemics.

The kids are being homeschooled by mom, in between her trying to get work done remotely.

I’m over to help complete their gym and social learning requirements.

Social learning for the 7-year-old is acting out feelings.

The oldest is charged with listening to the sounds around him for five minutes and writing down everything he hears.

This is day one of the new normal.

Not to be confused with the other new normal from a few years earlier.

This isn’t the way he imagined celebrating hitting double digits.

This isn’t the way I imagined celebrating ten years of writing these notes.

I’m not sure which fact is more frightening – that I have a kid in double digits for age or that I’ve been writing jokes on notes for a decade.

In some ways, things feel eerily similar to the day he showed up.

Life flipped upside down worse than moving from West Philadelphia to Bel Air.

Nothing would ever be the same.

Eventually, people adapt. Life requires constant adaptation. Doing what needs to be done at the moment.

Fake it until you make it – or until faking convincingly enough to make it appear you know what the hell you’re doing.

For the next seven weeks – maybe longer – we’re all going to have to fake it and fake it hard.

We’ll all make it.

While I knew my son’s tenth birthday would come someday I never imagined creating these notes for ten years or watch them become a calendar.

And now the question becomes, “where do I go from here?”

The kids are older and can read these notes.

I don’t want to talk about parenting forever. There are other parts of my life.

I’m working on a new book and still writing on the side.

Where do I go from here? I’m not sure.

If anyone has ideas, leave them in the comments.

Hopefully, whatever happens next, you all stick around for the ride.