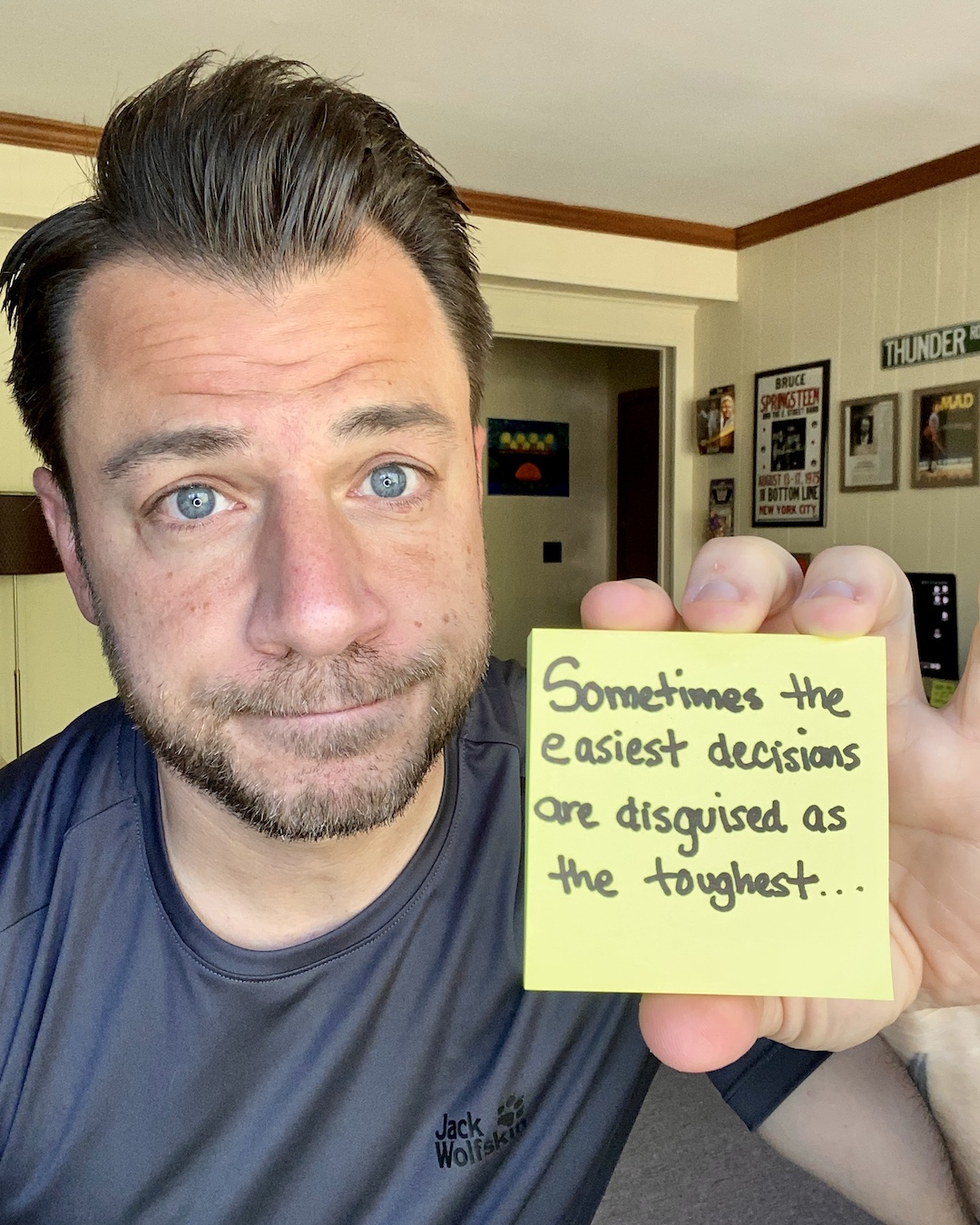 I was going to write an article about how the brain is a real jerk sometimes.

I was going to talk about how the mind spends most of the day trying to talk people out of the things they really want to do in life and how our brains are wired to keep us safe.

Then I was going to make up a fake quote that said, “Well, I just stayed quiet, made all safe choices, and really just hoped for the best” and then planned to jokingly attribute that quote to “no successful person ever.”

Then I’d spend a few paragraphs on how failure is a possibility, but so is a success, and how it’s all about the work you put into doing whatever the hell you’re taking a chance at doing.

But then I stopped writing that article because…YOU KNOW ALL THIS SHIT!

You’ve heard this all a million times, just like I have, and we both know all this to be true.

So, besides your brain, what’s stopping you?

On an upcoming episode of “We Run This,” we spoke to Bethany Davis.

Bethany is motivating as hell. She has five kids, runs a successful personal training business, makes content for a popular Instagram account, and overall has her shit together.

While talking about the reasons people typically spit out for wanting to eat better, get in better shape, train for a marathon or accomplish whatever the hell they want to accomplish, I came to a realization.

The reasons are always vague. “I want to feel/look better” is usually the failsafe answer.

I think it’s because people don’t ask themselves the question “why” enough.

And not just that initial “why” but the next few questions of why until they get hit over the head with the realize reason they want to accomplish a goal.

I’ll use myself as an example.

I’m training to run my fastest 5K ever. I’m going to make that attempt on May 4th during a virtual race.

Why am I doing this? Because I want to run faster.

Why? Because I don’t always think I give my best effort when running.

Why? Because I see other runner’s times on social media and I get envious.

Why? Because I’m not comfortable with my running successes so far and feel like I need to prove myself to no one in particular.

Constantly asking myself “why” made me realize that I don’t really want to run faster, I’m just trying to prove to others that I can, even when I know deep down people aren’t really paying attention to that stuff at all.

After coming to that realization, I now keep telling myself that beating this 5K time is just for me and not to show people – who frankly don’t give a shit – that I can do something.

This race is just for me.

So, think about that thing you keep putting off.

The one thing you want to do that the brain keeps going “NOPE! UNT UHH. NOPE!” and ask yourself why until you get to the real reason you’re avoiding taking that leap.

Keep asking why until you get to the real reason. If the reason is strong enough, you need to make the easy decision to just go for it.

We talked to Alex Jade of Bikini Fit Club. Alex is the perfect example of judging a book by its cover. She’s more than just another pretty face on social media. She’s also a kickass athlete and trainer.

We took a deep dive into the year 1998 to discuss Karl Malone and Dennis Rodman’s involvement in Bash at the Beach ’98 with author Pete Croatto.

OTHER STUFF I WROTE THAT WASN’T ON STICKY NOTES

I Added Sprints To My 10K Training And So Far, So Good

This Company Is Looking For A Part-Time Weed Reviewer