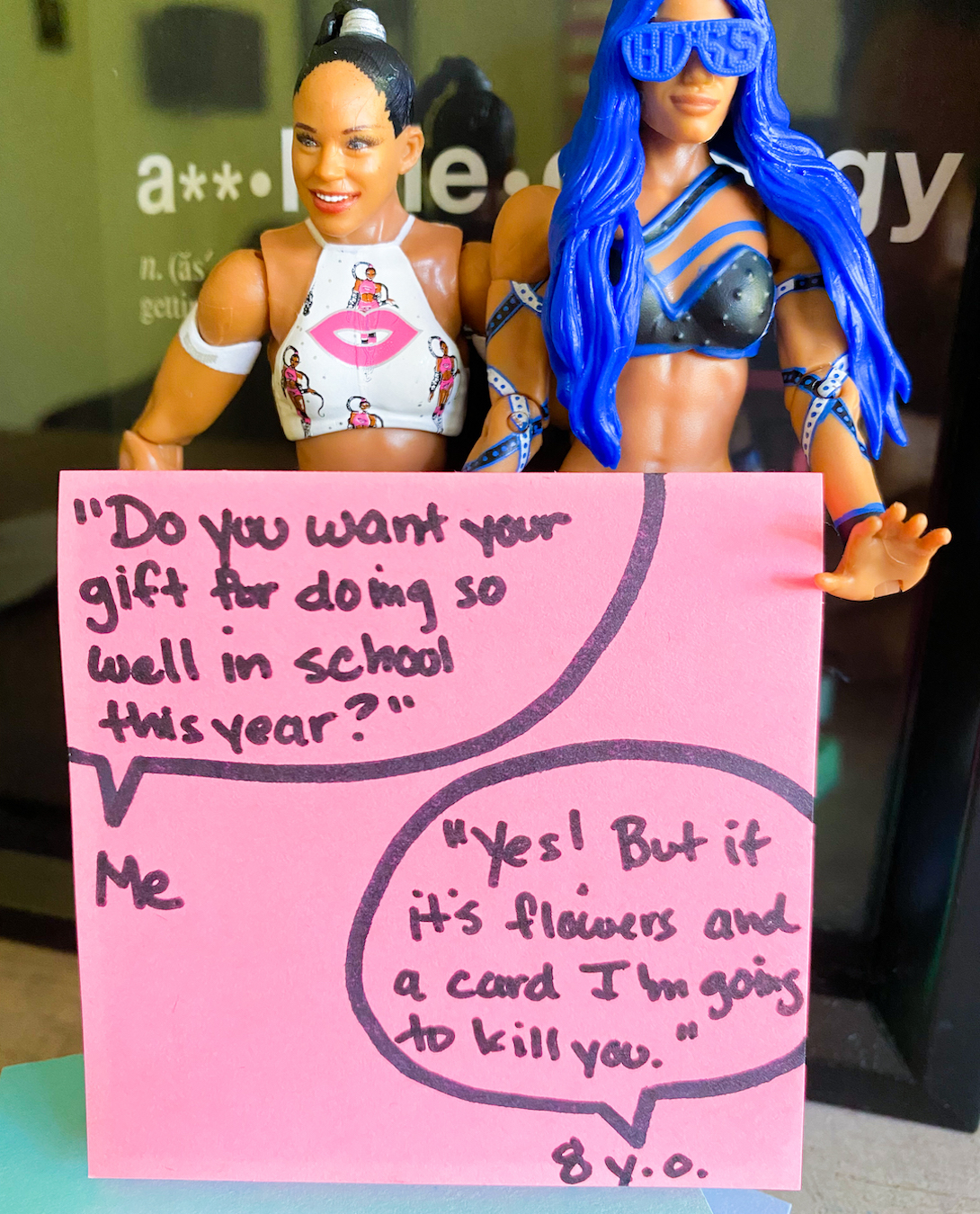 She did incredibly well this year. So did her brother.

While the 8-year-old’s reply sounds as though she’s spoiled, I think the response came from her feeling an overwhelming emotion at the end of the school year.

For my kids, this marked a new year, in a new school, in a new town, right in the middle of a goddamn pandemic. That’s a ton of stress of an adolescent brain.

While she was sad about the fact she wouldn’t see her friends for the next few months (not counting going to each other’s houses, at the community pool, or on Facetime every day) her 8-year-old mind understands the end of the school year hopefully marked the end of remote learning and mask-wearing in school.

Kids do deserve accolades for dealing with the last year or more of life in-and-out of quarantine.

HERE ARE SOME PARENTING NOTES YOU PROBABLY MISSED

This might be the only instance where I’m totally fine with every kid getting a participation trophy.

For those who are curious, I didn’t get her flowers or card. I think those things are gifts are a waste for an adult, let alone kids, so I’d never wasted the time or money.

And if I were a kid, I’d be pissed about flowers and a card too. (emoji face with the tongue out)

I got her the Sasha Banks figure in the photo and she spent the morning commentating on grueling matches between her two favorite wrestlers – Banks and Bianca Belair. Barbie was the referee.

She loved it and didn’t kill me.

I almost got into my car with a steak knife. My mind was on 1000 other things. One of those things was not putting the knife into the dishwasher before leaving the house.

Sometimes, an observation or joke takes on a life of its own. I never imagined this thought that popped into my head after witnessing a guy walking the trail behind my place with a coffee mug in hand would resonate with so many people.

A special shoutout to all the women who watched this video and spent the day trying to make machine gun noises with their mouths.

In this episode, running coach and writer Amanda Brooks discusses imposter syndrome and runners, recovery runs, her transition from just a runner to a coach, and the importance of strength training. Amanda also discusses her work with women and training during menstrual cycles.

This week, we’re talking to a legendary voice in the world of professional wrestling, Tony Schiavone, and writer and comic creator, Dirk Manning.

The dynamic duo joined us to talk about “Butts In Seats: The Tony Schiavone Story”, Tony’s forthcoming graphic novel about his life and career in professional wrestling.

One more reminder to send in your questions for “Ask Chris Anything.” If you have a question – any question – for me, shoot it over to messagewithabottle@gmail.com.

Have a great week and be kind to one another.