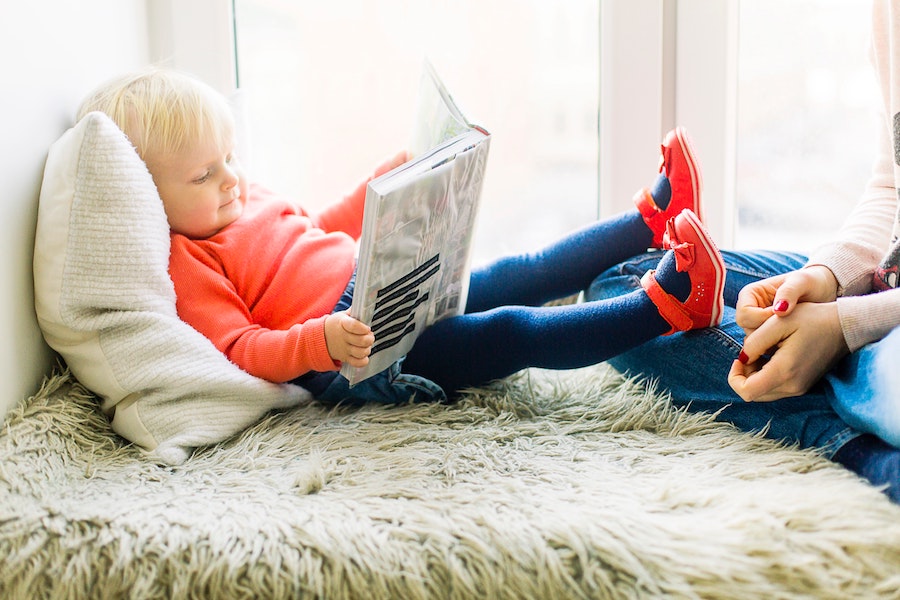 The moment humans first transformed grunts into words, a brag wasn’t far behind.

“Sorry I’m late to dinner, I had to outrun several dinosaurs on the way over. Nice cave. You don’t have fire yet?!? I invented it! Let me show you how.”

My stint as a stay-at-home dad involved countless hours of talking with other parents.

Killing time on a playground or a Mommy and Me class (they’ll usually let men participate, you need to master the overwhelmed-and-about-to-lose-it vibe, as I did) involves long, detailed conversations about the progress of children.

I remember one father going on and on about the brilliance of his young son.

The dad gushed over the development of his descendant and all of the fantastic things junior said and did when no one was around.

The conversation ended abruptly when young Neil deGrasse Tyson tried to shove goose shit in his mouth as though it was a soft granola bar.

Now, every parent is guilty of bragging about accomplishments and accreditations but do nothing but spew the accolades of their offspring.

There’s a huge difference between being proud and eager to tell others and just being a braggy jerk.

“Our children are representations of ourselves, but at a slight remove,” explains F. Diane Barth, a psychotherapist, and author.

As you’re not going to not gush about your kid’s accomplishments (I mean, did you see what they just did!?), it’s important to step outside yourself and understand when, with some help from Barth, are some guidelines for spreading the word about the awesomeness of your son or daughter.

The correct response to “how’s it going?” isn’t to list the recent accomplishments of all your spawn.

To not sound like a bragging windbag, wait for an opening in the conversation to mention that your youngest daughter is currently negotiating peace talks between the U.S. and South Korea.

Everyone expects to hear news about kids but drone on for longer than a minute, and the bragging slowly goes from genuine to grating.

Just as in any conversation, it’s important to watch for facial and body cues. If it feels like a story is going on too long, you’re probably a few minutes past going on for too long. Wrap it up.

It’s also important to remember that not everyone gives a crap about your kid — and that’s okay.

“It’s crucial that parents think their children are special, but it’s equally important that we recognize that other people don’t necessarily feel the same way about our children,” Barth says bluntly.

“It’s useful to remember that the best people to brag to are other people invested in your children — your spouse, the children’s grandparents, and the children themselves.”

Other Parents Will Brag, Too. So Shut Up And Listen

In the natural flow of conversation, it’s important to listen to the other person.

Barth makes this suggestion when you’re eager to share news about the kids who share your name.

In other words, to monitor yourself, make sure you give the person you’re bragging to equal time to brag about their children.”

If another parent tells a story about how their child learned the entire alphabet before taking the first step or got accepted into two Ivy League schools, this isn’t your cue to discuss how your kid invented a new letter in the alphabet or any melodramatic tale about your son or daughter that would overshadow those achievements.

After a parent shares news, don’t follow with a story that makes there’s pale in comparison. No one likes a one-upper.

Not In Front of the Children

Besides possibly making other parents feel they’re kids are inferior, boasting about your kids in their presence isn’t as good for their confidence as it seems.

Kids might also pick up the behavior and believe bragging is acceptable.

Just Keep It Off Social Media

Facebook, Twitter and virtually every social platform were invented to tell others exactly what’s going on in your life at every moment of the day. When that gets old, people talk about their kids.

Social media is the home of the “humblebrag,” that modest or self-deprecating statement with the sole purpose of drawing attention to an accomplishment.

Social platforms are a safe place where parents go to pay homage to their astonishing children without knowing when enough is enough or when too much is just too damn much.

“Everything is amplified on social media,” Darth warns, “It’s fine to post cute pictures of your kids but bragging about them on social media where you can’t gauge whether you’ve gone too far by the other person’s reaction.”

Don’t post with the intention of pure bragging, but if you feel it’s a must, check with a spouse or your most critical friend to gauge their reaction.

You’ll have an honest answer immediately.

Remember: Not Everything Is Brag-Worthy

Naturally, every father and mother assumes their kid is the golden child. Usually, because their exposure to other children is limited.

Every child can do amazing and different things, but not every accomplishment deserves a 20-minute monologue for the golf pals.

It’s not a good look to brag about any of the following unless the child masters them immediately after emerging from the womb: potty training, first steps, first words, anything having to do with percentages and body size, colors, the alphabet, or any act that every human eventually learns to do on their own.

You can mention them! That’s great! Just don’t brag about ’em. Too much. Eh you’re not going to listen to us because your kid used the potty. Wahoo!

Every parent wants to tell the world their kid is something special, and they should, but the trick is to find balance.

There’s a difference between being incredibly impressed with their accomplishments and talking the kids up to the point everyone thinks you’re full of hot air.

“It’s important for parents to be proud of their children and to let them know that you’re proud of them,” states Barth, “but if you repeatedly tell a child how special they are, they could grow up without the ability to deal with their imperfections.”

Bragging about your kids to other people, especially if they’re within earshot, might cause them to feel like they can never make a mistake. They might be afraid of disappointing you.

If you’re hell-bent on telling a person of the awesomeness of your spawn, let your kids do most of the talking.

(This article originally appeared on Fatherly.com)