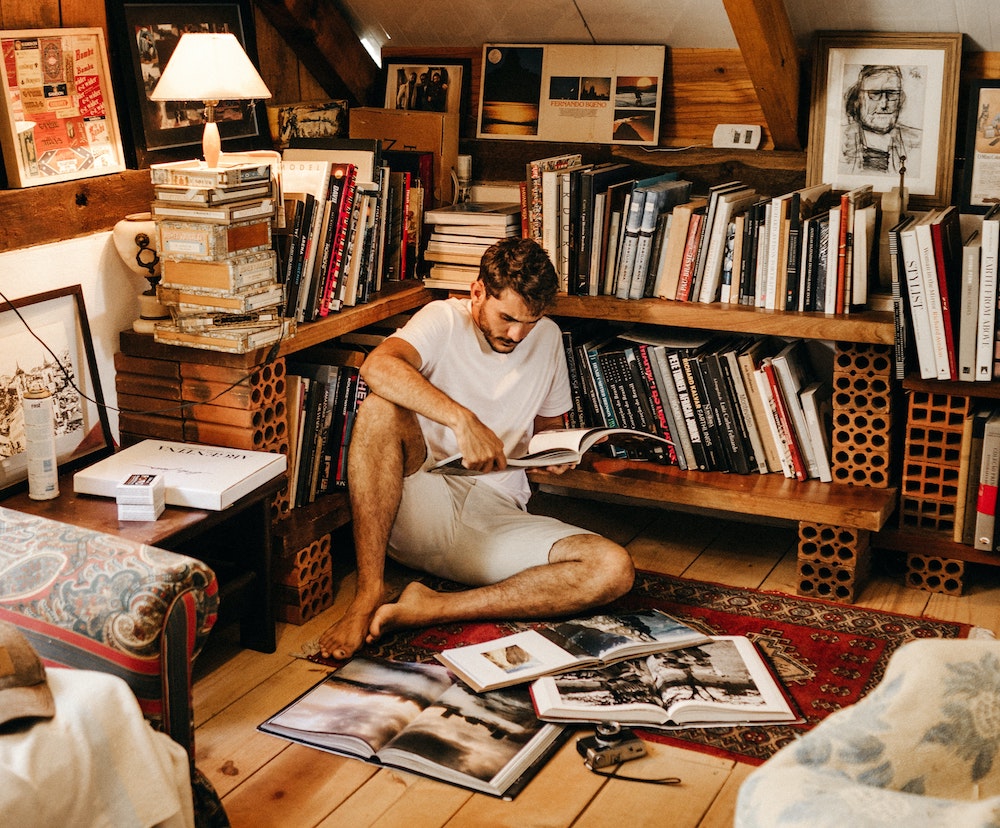 Life after a divorce or separation requires many adjustments.

After my separation, I texted my older cousin for words of advice.

He’d survived a divorce, lived on his own for a while, and is now happily remarried.

While discussing my pending move to a new place, we talked about how to readjust to living alone, and the loneliness that can strike.

He made one particular comment that stuck in my brain until moving day: “Living alone seems exciting at first, but you won’t know how you’ll handle it until that first night alone after you move in, lock the door for the night, and get into bed. That’s when it will all hit you.”

He was almost right.

My first night alone after my separation didn’t involve lying awake in bed because I didn’t go to bed.

Living alone after an extended period of cohabitation is an exciting but scary life adjustment.

A man will learn a lot about himself in just a short period of time.

For some newly separated or divorced men, the transition will be an easy one; for others, it might take months before a new place actually feels like home.

It took me some time to adjust, but I eventually got there.

Here are some tips on how to live alone after a divorce or separation to make a sudden life change a little less uncomfortable.

Make Your Bed Every Day

In a 2014 commencement speech to the University of Texas, Austin, Admiral William McRaven spoke to the graduating class about his training as a Navy SEAL.

McRaven shared the 10 most significant things he learned while training that would help the graduates as they moved on to the next chapter in life.

Making your bed is an essential first step in your new daily routine.

McRaven was correct, it does sound ridiculous at first, and similar to the advice of an overbearing mother, but I can’t stress the importance of this one painless ritual.

Making your bed starts the day with an accomplishment.

Sometimes that’s all that’s needed to get things moving in a positive direction.

Some people hear the word “routine” and automatically shut down.

Living life by a schedule sounds like torture to many, but it’s an essential component to living alone.

Being on your own again does involve freedom, but that freedom often leads to neglecting everything from your house to your responsibilities, and even your body.

Putting things off until tomorrow means more tasks pile up and that mountain of projects, errands, and duties won’t just clutter up your new place, they’ll put a strain on your mental health.

Sit down and write down all the critical chores you’ll need to complete each week like food shopping, cleaning up the house, or paying bills and designate a time and day to do each.

Even with the TV on or music blasting, the quiet of no other voices in the house find a way to drown out the rest of the noise.

I’m here to preach that the silence is okay.

Research has proven that silence is incredibly vital to the brain and mental health.

Just an hour of silence replenishes our cognitive resources, relieves stress, helps us work through internal issues and might even regenerate brain cells.

You shouldn’t be afraid of your suddenly quiet existence.

These long lulls between conversations make the time around people, especially your kids, even more enjoyable.

A farmhouse table handmade from reclaimed wood was one of my big-ticket purchases before moving into the new place.

I envisioned the kids and I eating dinner at the table, hosting friends and family for weekend meals, and getting plenty of use out of the $400 room-filler.

Fast forward to present day and the kids prefer eating meals on the ottoman in front of the TV, I haven’t hosted one dinner party, and the table became a makeshift office.

When living alone, don’t plan for the things that might happen.

You end up spending a substantial amount of time and money on fantasy.

Focus first on necessities like having all the right tools and utensils around the house.

Get a read on how life alone will actually go and adjust accordingly.

Invite People Because They Won’t Invite Themselves

Some of my closest friends have yet to set foot in my apartment. I asked every one of those friends why and each gave a similar response: “You never asked us to come over.”

Don’t live under the assumption that people will just drop by or offer to see the new place.

You need to explicitly ask people to stop by and check out the new digs.

Make your home the default living room for watching wrestling PPVs or for monthly poker nights or for meeting up before jaunts with the running club.

People won’t want to intrude on your new life unless you ask.

For the first few months, the cabinets and fridge were as empty as my checking account.

I was eating out often, getting takeout frequently, invited over for dinner by parents and friends, and I just didn’t have the need or time to stock the fridge and pantry with food.

Only on the Fridays before the kids spent the weekend would I food shop and bring rations into the house.

I suddenly realized this wasn’t how to live alone like an adult.

After getting sick of every takeout place within five miles, I decided to put my hours of binge-watching cooking shows and food documentaries to good use.

I cracked open the cookbooks of my favorite chefs, collected favorite recipes from my mom, and taught myself to be a not-too-awful amateur sous chef.

I like saying no. Saying no feels really good. Normally, I’m preaching the benefits of a day filled with “no, thank you,” but this only applies to requests for your time and agreeing to do things you really don’t want to do.

When it comes to giving advice on how to live alone, I’m urging men to say yes to more, but only to events that get a guy out of the house.

Meet up more with friends and family, volunteer, get a side job, exercise more, and put yourself in situations that require talking to other people.

Say yes to being more social but still say no to doing stuff you hate.

Learn About Yourself Again

Besides cooking, find other acts of self-improvement to fill time. Don’t be afraid to try new hobbies you’ve been putting off because there “wasn’t enough time.”

Start with simple and cheap things like reading, drawing, DIY hobbies, or even learning an instrument. Try to stay clear of hobbies that require a lot of money, time, and space.

It will take time to get accustomed to the added responsibilities, the silence, and the sudden absence of your family.

But, just like everything in life, the occasional solitude will get easier over time.

(This article originally appeared on Fatherly.com)