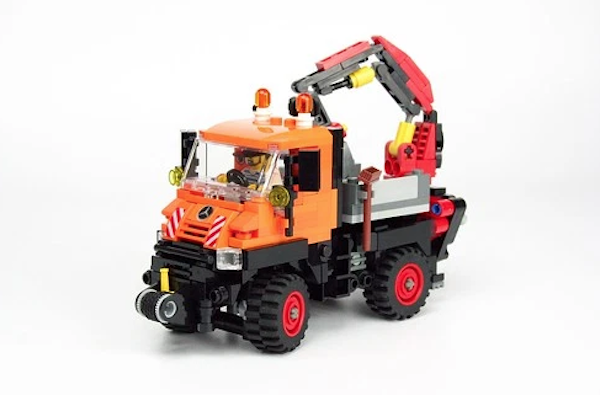 These are the best LEGO websites for fans looking for ideas, news and reviews about their favorite brick company.

Looking for the best LEGO websites for brick enthusiasts of all ages? You’ve come to the right place.

This collection of the most popular LEGO websites for ideas, news and reviews are sure to please fans young and old.

From online forums to LEGO set reviews and new LEGO movie news, these websites cover everything about the amazing little bricks.

Here’s our list of the best LEGO websites every fan should check out and bookmark.

Originating in the UK, this blog serves the purpose of letting LEGO hobbyists keep up with the trends and to be in the know regarding new LEGO adventures.

Brickset is the best online guide to LEGO sets old and new. It is the best LEGO database on the web, and to keep up to date with the latest news, set information and amazing photos.

What LEGO Fans Should Read First

Their extensive list of basically every mini-fig ever. EVER!

The official video home of LEGO, this YouTube channel will inspire builders of all ages.

What LEGO Fans Should Watch First

See the story of Disneys Moana like never before! Join Moana, Maui, Heihei, and Pua as they recreate the movie, entirely with LEGO bricks.

Brick Show is a popular LEGO web show that features the latest LEGO news as well as product reviews.

They run audio and video webcasts 24/7 that cover everything you need to know about the world of LEGO.

What LEGO Fans Should Read First: The world’s first sundial made entirely of Duplo blocks.

The LEGO Car Blog was founded in late 2011 to cater to the growing vehicle-building portion of the online LEGO community, whose work was at the time unrecognized by the established LEGO blogs.

Since its launch, the website has steadily grown to become one of the more well-known Lego blogs on the internet.

All of the content on the LEGO Car Blog is open-source and free to share, and can be accessed via the main menu at the top of each page, or by the search function and archiving tool at the bottom.

What LEGO Fans Should Read First: How To Become A LEGO Professional

The Brothers Brick is a LEGO website for adult builders and fans of LEGO.

The website highlights the best LEGO creations of every type from builders around the world, including the insanely popular LEGO Star Wars sets, steampunk LEGO creations, and mecha creations.

The Brothers Brick drops the latest LEGO news, honest opinions, and LEGO set reviews every week. If you want to know about the best, and worst, LEGO sets to hit shelves, the Brothers Brick are in the know.

What LEGO Fans Should Read First: This extensive history of LEGO is a must-read for every fan.

The Brick Fan is Allen Tran and he loves LEGO.

“I mean, who doesn’t love LEGO?” Tran explains. “You take little bricks and create wonders with your imagination.”

Growing up with the basic bricks and building crazy and colorful structures and vehicles made Tran happy. After two decades in the Dark Ages, he’s now all grown up and Im proud to be an AFOL (Adult Fans of LEGO).

The site started in 2012 as a place to post photos of the LEGO sets he buys. The concept evolved and the site gradually became a LEGO news site in conjunction with a review site.

What LEGO Fans Should Read First: This list of the LEGO sets soon retiring in the next year.

BrickWarriors was founded in September of 2011 by Ryan Hauge and Amanda Taylor.

Ryan, a lifelong LEGO fan, had the vision for products (products he had wanted LEGO to produce since he was 5 years old), while Amanda handled marketing and distribution.

Their vision was for a company that provided a constant stream of new, high-quality products to the LEGO community.

The initial product line consisted of 29 items ranging from a minotaur head from ancient mythology all the way to sci-fi armor and guns, all being packed and shipped out of the corner of a small home office.

BrickWarriors is now the premier custom accessory producer in the world, offering 250+ designs to customers around the globe.

Oh yeah, Ryan and Amanda? They got married too.

What LEGO Fans Should Read First: The Spartan weapons and helmets are out of this world.

From basic brick sculptures to complex robots, Allemann enjoys many styles of building. This website showcases many of the models he’s designed and built over the years,

What LEGO Fans Should Read First: Check out all the custom LEGO models because they’re all pretty damn awesome.

Welcome to BrickNerd, a place for LEGO art, artists, and all things LEGO.

The people at BrickNerd believe LEGO bricks are an art medium as well as a beloved toy, and celebrate the art and artists that create each piece.

The work featured on this site represents the best of the best, from innovative building techniques and clever designs to inspired creations and fantastic photography.

What LEGO Fans Should Read First: The National Mall project was created by a fan who never played with LEGOs as a kid.

Brick Pals is an independent fan-made website created in October 2018 by two LEGO enthusiasts and pals; Mark and James.

The website will cover the latest news, announcements (including breaking news from events such as the New York Toy Fair), rumors and reviews. If images of a set or Minifigure have been unofficially leaked, we will not post about it.

What LEGO Fans Should Read First: Check out all of the updated info for LEGO Star Wars sets

Most of us get introduced to LEGO as a child, and create all kinds of wondrous things for some years. Once reaching our teens though, many of us leave the little plastic bricks behind for other pursuits and hobbies.

Sometimes this is a natural change of interest and sometimes it is a result of not wanting to look childish; still playing with toys. This is what LEGO fans call entering our Dark Ages,” and usually last from late-teens to early to mid-thirties.

The Brick Blogger is dedicated to those who are discovering or re-discovering the joy and magic of expressing themselves through building with LEGO bricks!

What LEGO Fans Should Read First: A personal story about building an entire LEGO city, one brick at a time.