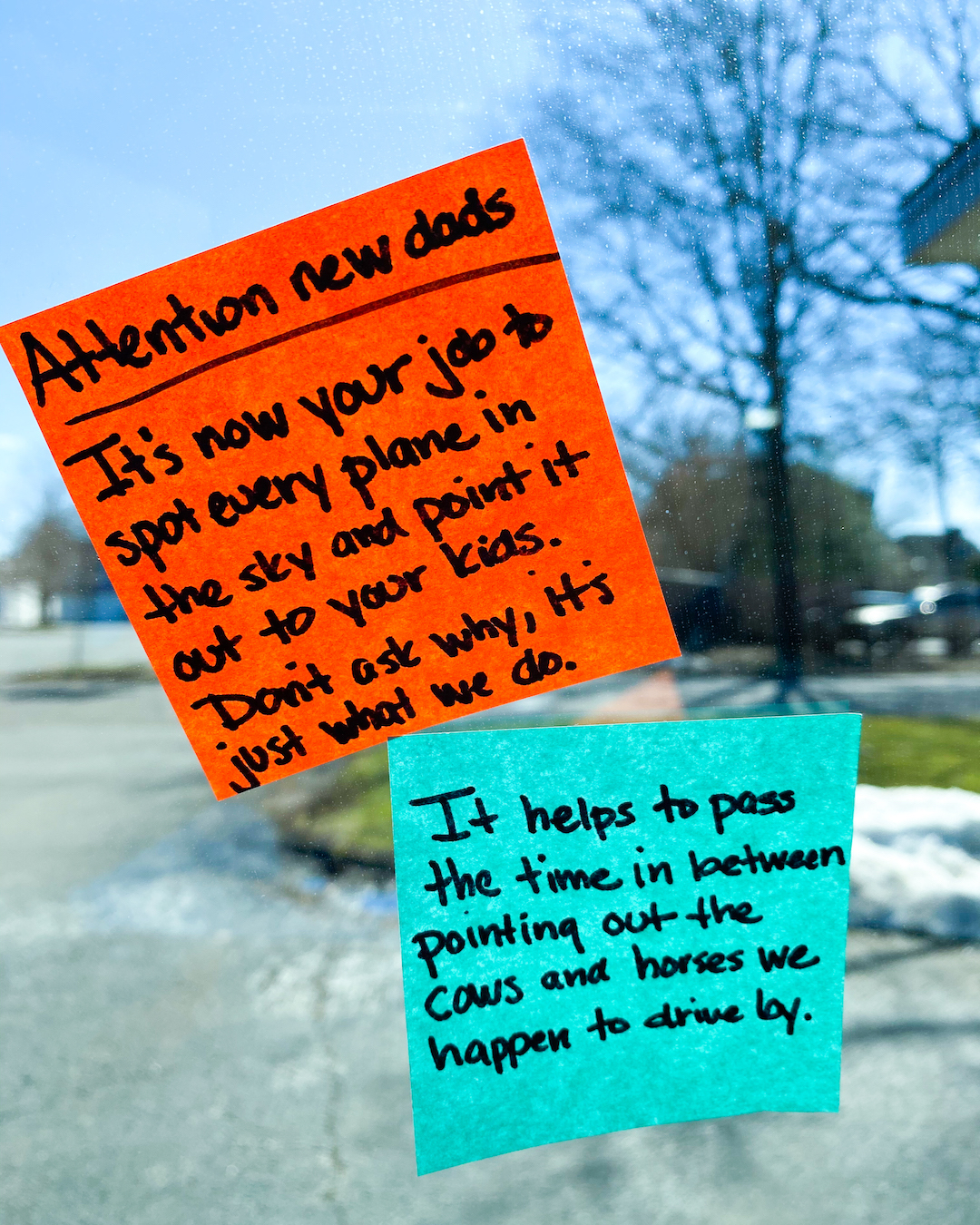 A friend and I joke about pointing out planes and animals.

His three kids range in age from 13 to 5. My kids are 11 and 8 years old. Except for the 5-year-old, none of the other kids give a Hershey’s squirt about planes or a bunch of cows in the middle of the field.

None of them would luck up from their phones or tablet quick enough to see the livestock or aircraft before the car passed and that’s assuming any of the kids listen when we talk.

This note reminds me of an old downstairs neighbor. She was an older woman, a grown daughter of her own, who took a liking to me and the kids. The kids would always stop to talk to her on her porch. Old people love any kids who’ll stop and talk.

I think her fondness for me stemmed from her being a single parent and during a time when that role came with a certain stigma.

The elderly neighbor and I sat and watched as the kids rode bikes in the complex parking lot. I asked the kids – a few times – what they wanted to do next, not realizing they were fine doing exactly what they doing at that moment.

After being ignored, my neighbor turned to me and said “you know, it’s not your job to entertain them all the time. They need to learn to do that on their own sometimes.”

I think about her advice every time I try to pack as many activities as possible in an hour, a day, or a weekend.

I need to stop pointing out all the cows and planes and realize they’ll find those things on their own.

OTHER THINGS I TALKED ABOUT WHEN I WASN’T WRITING NOTES

I always carry a couple of cards from New Phone Who Dis Family as a way to end boring conversations with strangers pic.twitter.com/AWE068Z64y

ON THIS WEEK’S EPISODE OF “WE RUN THIS” – I sit down with CJ Albertson to talk about breaking the 50K world record.

ON THIS WEEK’S EPISODE OF “NOT ABOUT WRESTLING” – I make my co-host Stephanie watch one of my favorite cringy wrestling moments, a short-lived segment on television known as “The Bobby Heenan Show.”

This guy tried to be a good dad and installed a slide on his kid’s bunk bed. Unfortunately, he stole the slide from the local playground.

It took 8 years but a snake breeder created a python with emoji smiley faces on its skin and sold the sucker for $6K.

Do you always feel the need to poop in a bookstore or library? Well, you’re not alone, and there’s a name for that condition.

0 comments on “Parenting Note #748: Let Me Entertain You”