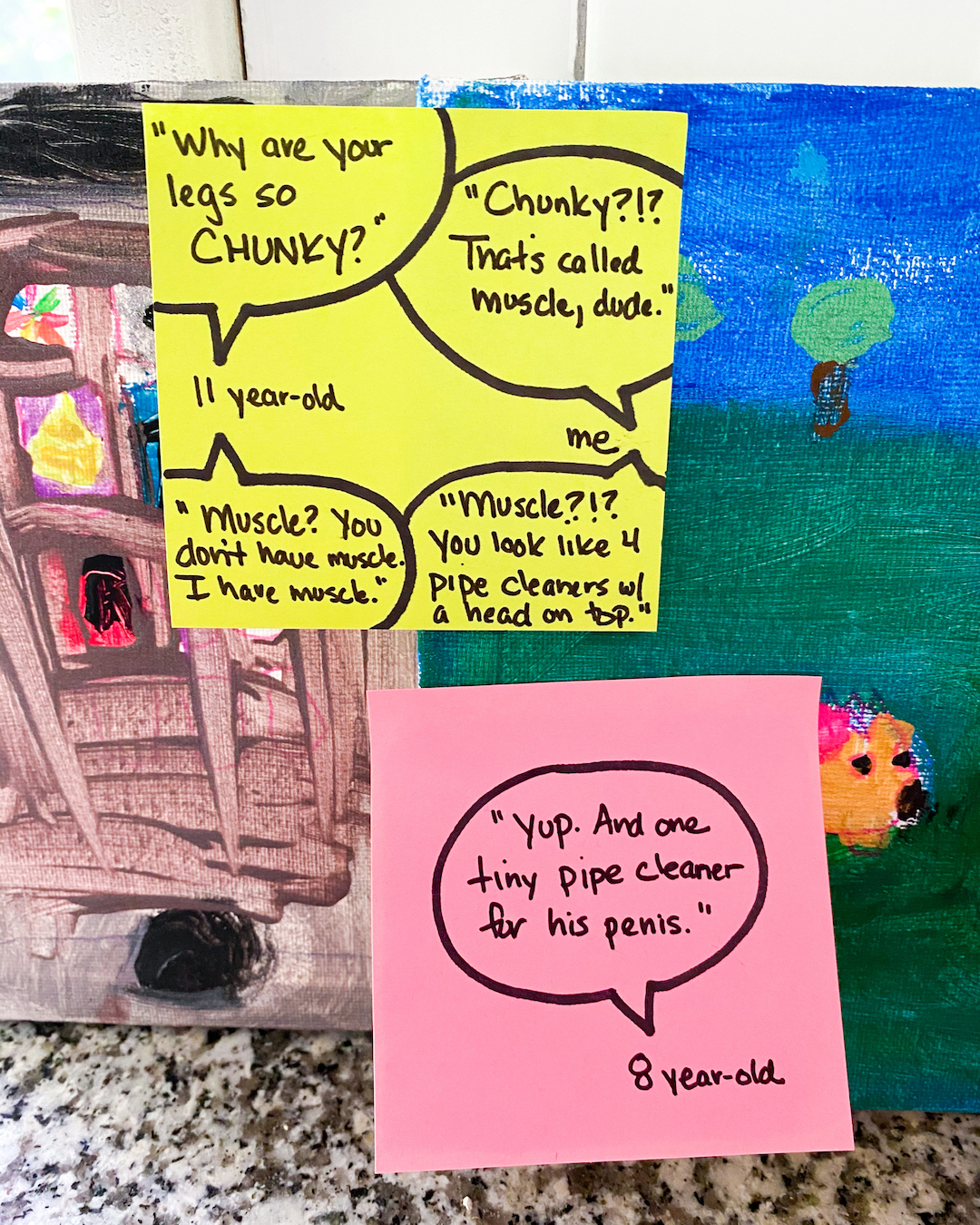 OK, so was this an appropriate joke from an 8-year-old? Probably not.

Was it hilarious? Absolutely.

Did I laugh? You’re goddamn right I did.

So did her brother but I think that’s just his natural reaction to the word penis.

Just so people don’t think she only picks on her brother, a few weeks ago I ran into a friend at a soccer game. He’s 6’10 and my daughter said I “looked like a crumb” standing next to him.

I laughed at that too.

ICYMI – I’m running a special offer with Manscaped. Just follow this link and you’ll AUTOMATICALLY get 20% OFF and Free Shipping on all orders. The only thing you have to lose is the hair on your body — or your husband’s body.

We talked to father, comedian, and runner James Breakwell about his new book, “How To Be A Man (Whatever That Means)”, his approach to running in high school and college, his mentality of having “no mentality” when it comes to running, running as a way to combat writer’s block, and coaching his young daughters.

He’s done several wrestling-focused films and shows over the years, including the 2010 release “Card Subject To Change.”

This Single Mom Turned Her $1,200 Stimulus Check Into A $1M Business

The Best And Worst States For Millennials In 2021

Summer Jobs 2021: These Are The Best Towns To Look For Work