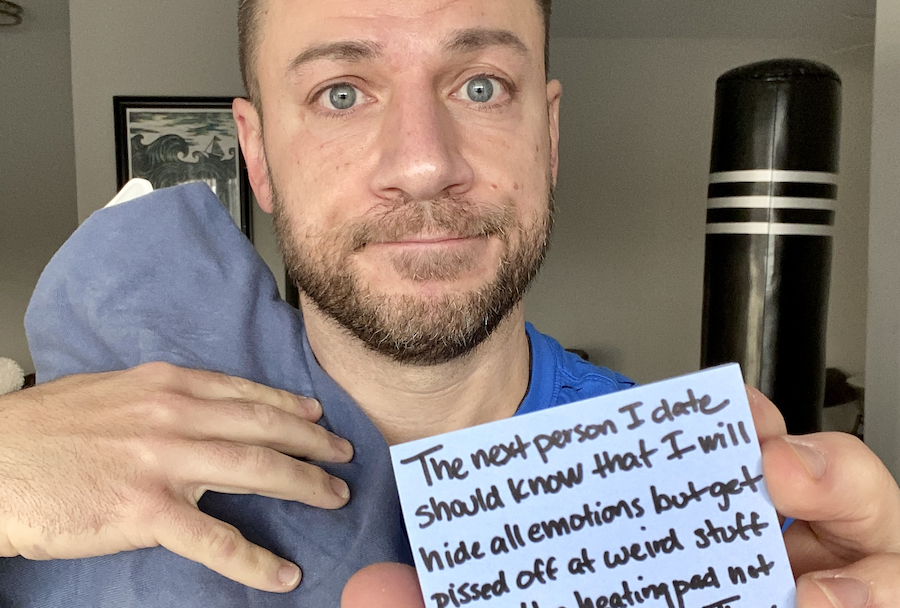 Johnny is my training partner for Muay Thai and boxing. We both started training around the same time, became friends before classes, and decided to punch and kick one another regularly.

Being the same experience level helps, although he’s catching on way faster. We’re roughly the same height. I have the size advantage in width. The one area Johnny has a distinct advantage is age. I’ve roamed this earth twice as long. He’s mathematically closer in age to my oldest (10 years) than to me (22 years).

But this is kickboxing and not dating, so age doesn’t really matter.

The other night during warmups, we talked about his jump rope skills. The kid is insanely good at skipping rope. Every class involves at least six minutes of jump rope warmups, and the guy rarely fucks up. I get tripped up often and can skip rope better if I rotate the rope in reverse because, well, I’m weird. My kids attended one class, and my daughter’s only critique on the car ride home was, “you’re great at punching, but you stink at jump rope.”

Johnny explains how hours of practice are why he’s so good at skipping rope, but heredity and learning at a young age are also contributing factors. In her younger years, his mother was a double dutch champion and traveled with a team to compete in other cities.

I asked if she could still skip rope in her later years – imagining a woman my mom’s age bouncing feverishly between ropes, keeping step while laughing and clutching her pearl necklace.

Do you know that sound where the record comes screeching to a halt? That happened inside my brain as I made every attempt to keep a calm look on my face.

“Exactly one day after mine,” I tell him, trying to act like it’s no big deal even though I’m now sweating and warmups haven’t even started.

At that moment, I realize…I’m old enough to be Johnny’s dad.

I tried not to think about all this new information during warmups, and thankfully the moment slipped my mind during the hour-long training session. It wasn’t until later that night, during a text convo with a friend and explaining the moment, did I have a good laugh about the absurdity of the situation.

While Johnny might be half my age and young enough to be put on my insurance, I’m looking at the circumstances in a positive frame of mind. I’m physically keeping up with people half my age. I’ll take that W.

And with age comes experience. While my training partner might have the youth and stamina advantage – and he kicks hard as hell – I’ve got two more decades of knowledge and mind games in my arsenal. Let’s see how he keeps his focus next training when I ask him if his mom is single and taunt him with the possibility of being his new stepdad.

Well, this is interesting.

At least he tried.

Who needs this? For real. Who?

Just having fun with this one.

That’s all I’ve got, kids. Please do me a favor and subscribe to the website and never miss an update. Ever.