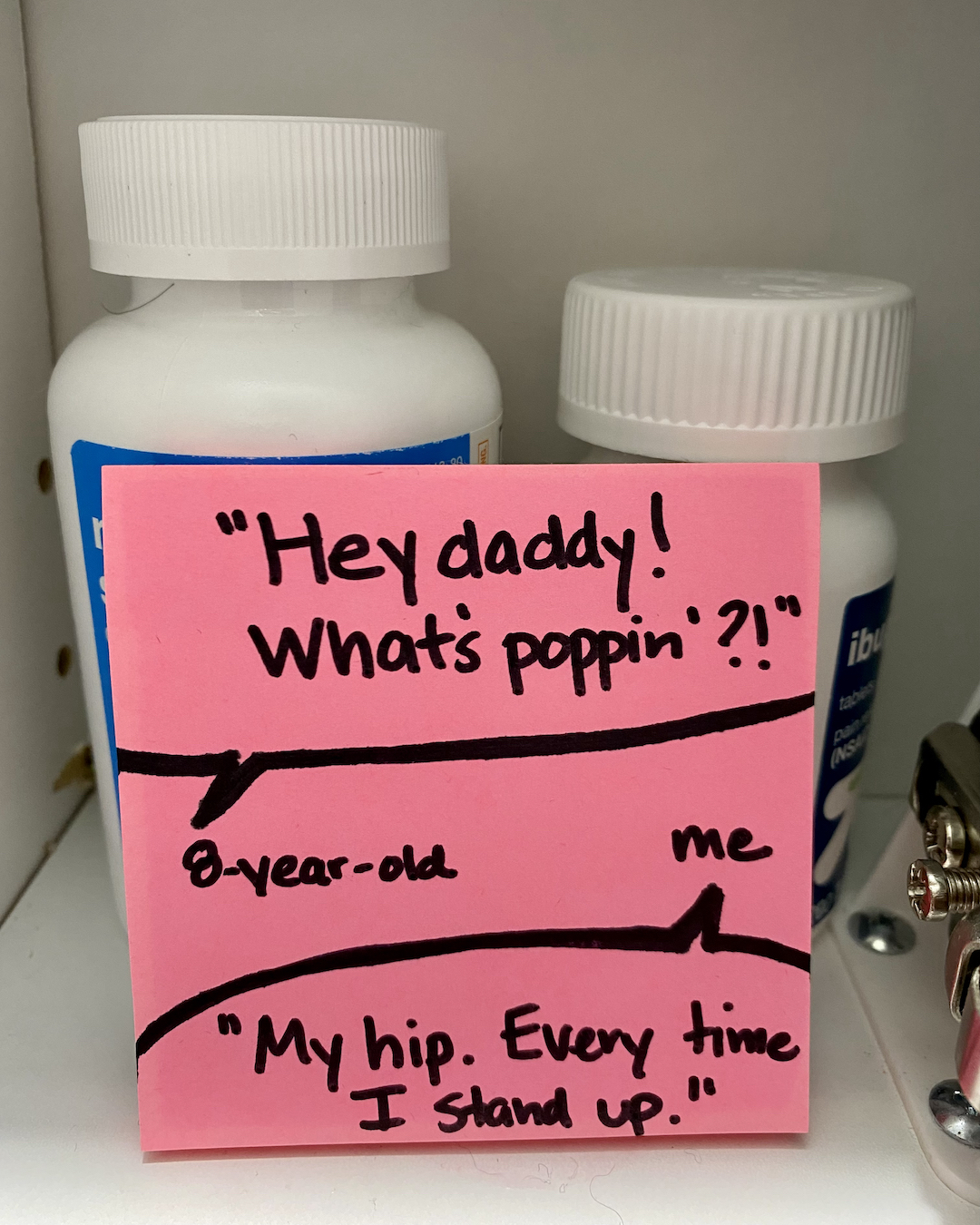 My daughter laughed at my response. She knows that I know what “poppin’” means.

The kids are finally starting to understand my sense of humor. I’m not sure if that’s good or bad, but at least they recognize that I’m often just trying to make them laugh.

Here’s the catch-22 to always joking around. The kids mimic my behavior and always make jokes. Even when it’s time to stop joking around.

I’m trying to teach them there’s a time and a place for making jokes.

This weekend, my son playfully pushed me during a hike through the woods, so I retaliated with a stiff headlock. I released the hold after about thirty seconds. For the next mile or so, he kept sticking his finger in his left ear.

“What’s wrong with your ear?”

“It started right after the headlock.”

He’s had ear issues in the past, typically in the summer after too much swimming. I snapped my fingers in his ear. He said he couldn’t hear a sound but kept answering with a smirk on his face.

My son not only makes jokes, but he’s the clown prince of taking jokes too far, long after they’re funny. I couldn’t tell if he was joking around or really couldn’t hear out of his right ear.

“I’m not kidding. I can’t hear anything.”

He played with his ear the entire ride home.

“You have to tell me if you’re serious. If you’re not, we’re going to have to take you to the emergency room.”

I’m lying about the ER trip, but I need him to tell me if he’s screwing around.

“I’m not joking around!” he said, a finger probing the inside of this ear canal.

I felt terrible for not believing him and for maybe squeezing his head a little too hard.

The car is quiet for a few miles.

He breaks the silence by asking, “Why do we always have to listen to the music Lyla wants to hear?”

“What do you care?” I reply. “You’re going to be completely deaf soon.”

If you know, you know.

That’s all I’ve got, kids. Please do me a favor and subscribe to the website and never miss an update. Ever.