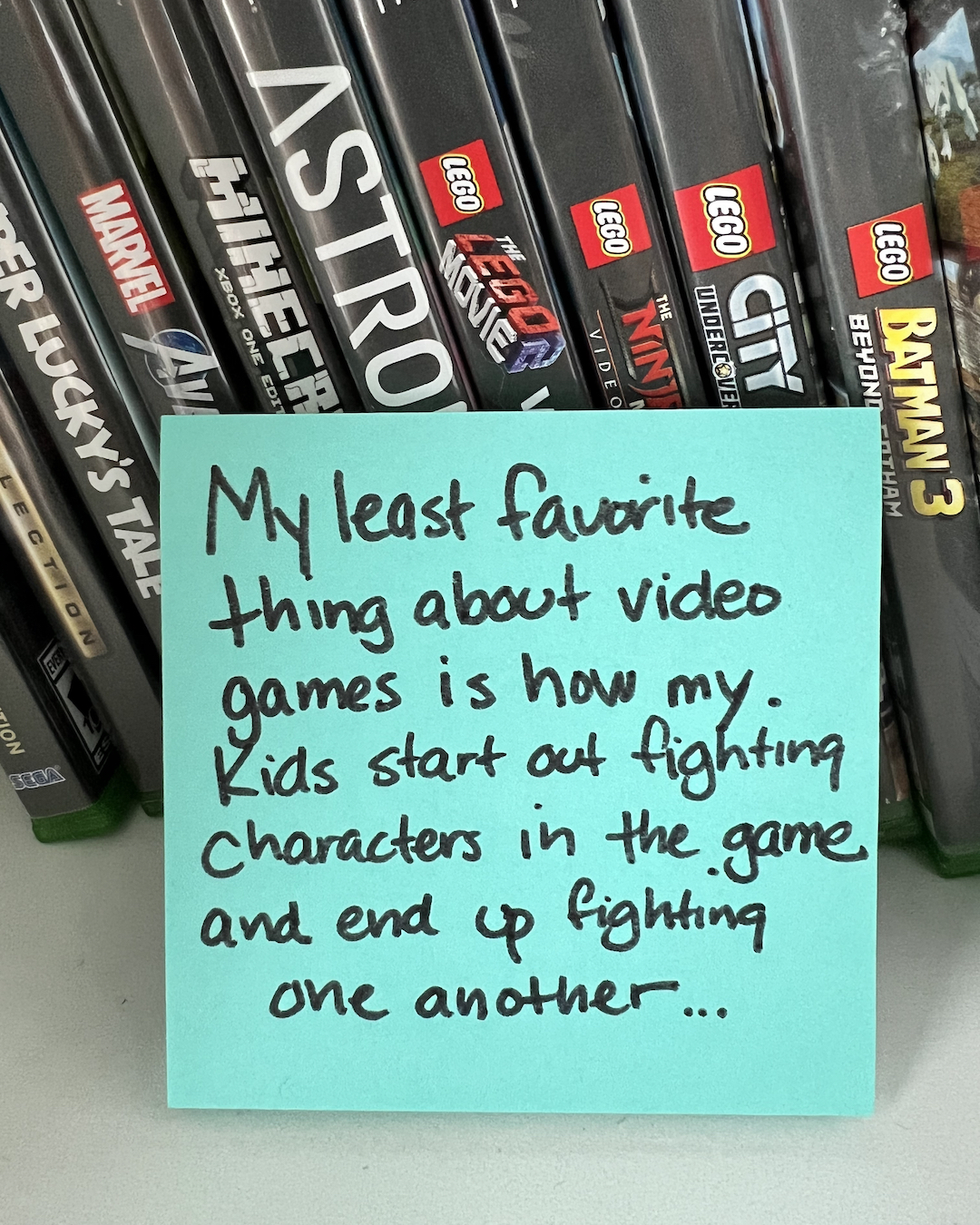 It’s the calm before the storm. Eh, it’s not even a calm. Nothing ever really feels calm.

The oldest typically rejects his little sister’s requests to play video games. If he says yes, it means he’s bored. If he asks her to play, he’s INCREDIBLY bored.

First, they work together in the game. The arguments build slowly.

Voices get raised, items get thrown, and hyperbole is launched across the room like fireballs.

The action moves from the console to the carpet, and now they’re beating the crap out of one another.

I’m forced to step in.

“HEY! No closed fists! Whoever wins this fight is DEFINITELY my favorite.”

I shut their bedroom door behind me and put headphones on.

I’m sure everything will work out.

STUFF I DID ON TIKTOK THAT YOU MIGHT HAVE MISSED

That’s all I’ve got. Time to go throw out more stuff while they’re at school.

And if you haven’t checked out my line of customized Post-It Notes with 3M, please do so immediately!