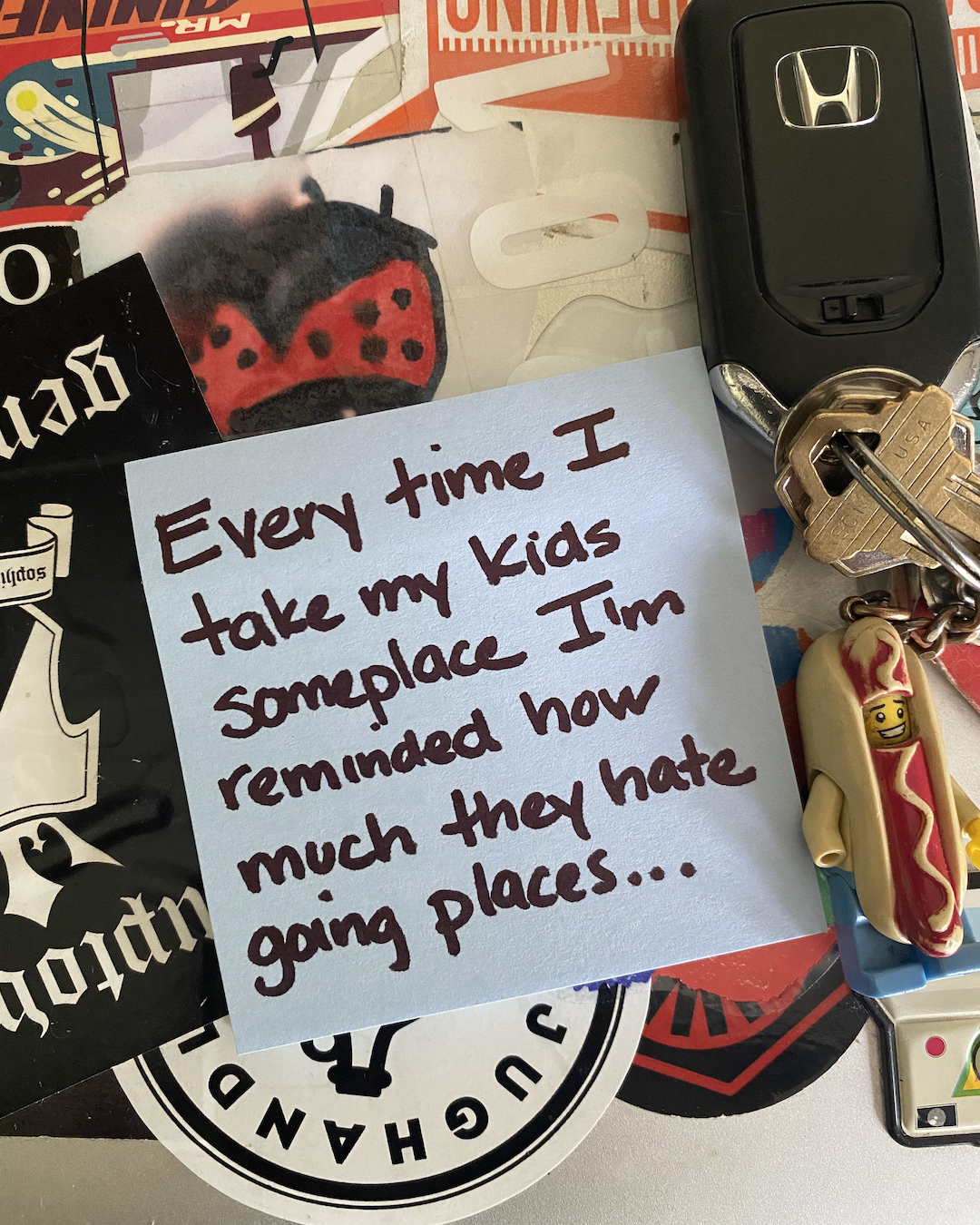 I took the kids to a local festival this weekend.

The term festival is being used incredibly loosely. The festival included two food trucks, pirates putting on a show, a face paint station, hatchet throwing, and a petting zoo.

The festival was free. Parking was free.

The pirates read from a children’s book.

I didn’t bother to go over to the face paint booth because my daughter colors herself with Magic Marker on the regular.

My kids didn’t meet the age requirement to throw hatchets.

Petting the depressing animals in pens costs $8 so that’s a “no way.”

My kids have reached the ages where they’re too old to give a crap about part-time pirates and touching goats but they’re not quite old enough to do fun things like drive to the beach without me or go into bars.

Luckily, we found an arcade and I dropped $25 to play 3 minutes of video games that all look remarkably similar to the Xbox One games my son already owns.

Also, I dragged them out of the house because they were staring at screens all morning, only to drive them a half-hour to stare at bigger screens all afternoon.

I got high score at the basketball shootout game. I was on fire. After nailing 10 shots in a row a little kid playing the same game asked how I got so good. I told him I take steroids.

The kids earned enough tickets for a fake diamond ring for my daughter and 2 pieces of candy each, so, the $25 was well spent.

I talked to ultrarunner, skydiver, and nurse, Rachel Belmont.

Rachel never stops moving. She’s run the NYC marathon four times, the Boston Marathon, and a marathon on 4/7 of the continents, in locations such as Ireland, Tunisia, and Jordan.

She’s now training for the Volcano UltraMarathon in Iceland in the middle of September.

In this episode, Rachel discusses her love of challenging herself, training for the Mount Everest Ultramarathon, running ultramarathons, living with the disappointment that the race wouldn’t happen, and setting her sights on Iceland and the Volcano UltraMarathon.

STUFF I DID THAT DOESN’T INVOLVE STICKY NOTES

Last week, I was a guest on the YouTube show “U Jokes.” I went head-to-head with the hilarious Amy Silverberg. I still think I won. Amy got extra points for her headshot. Total bullshit.

Watch the entire episode here but check out some of the highlights below.

OTHER STUFF THAT I WROTE:

HERE’S WHAT I’M READING: Buy Yourself The F*cking Lillies

This book is funny, touching, scary, helpful, and a must-read.

I bought these for the kids. I can’t stop eating them. Please send help.

Finally, another reminder to send in your questions for “Ask Chris Anything.”

If you have a question – any question – shoot it over to chris@amessagewithabottle.com.

Have a great week, and be kind to one another.